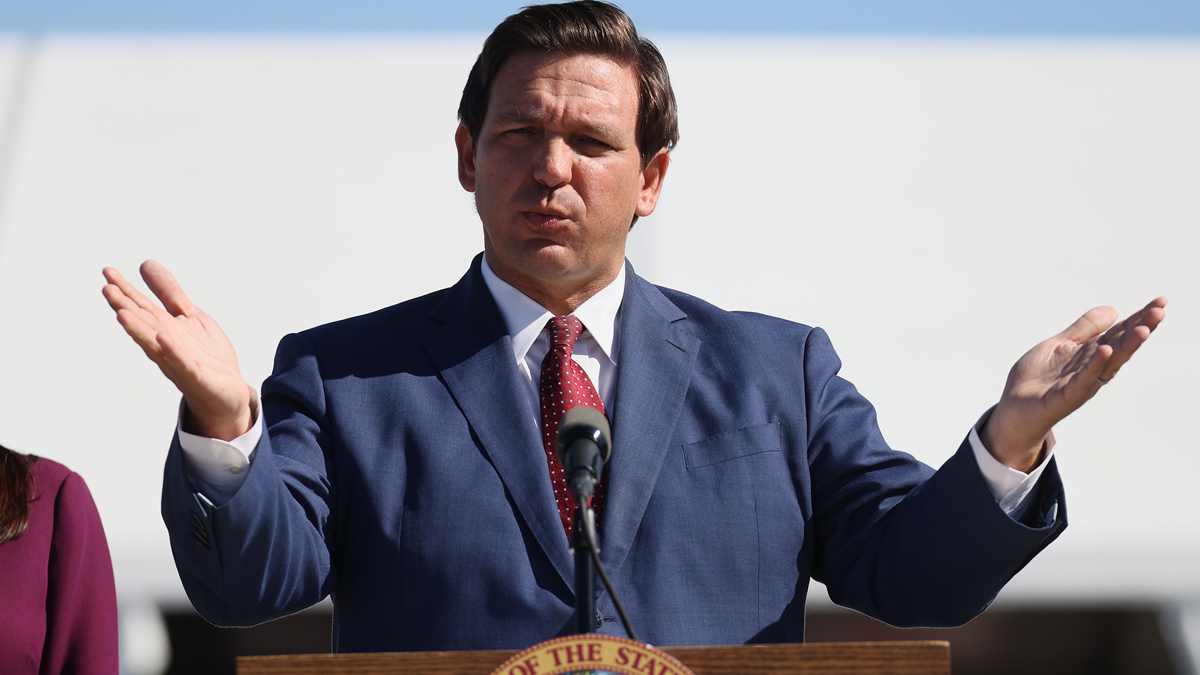 The effort to get more COVID-19 vaccines in Florida has Gov. Ron DeSantis clashing with President Joe Biden’s White House over the number of doses the state is receiving and how they’re being administered.

DeSantis has said the flow of vaccines from the federal government has been stagnant and the state needs more to meet the increasing demand from residents. He said the state has been receiving about 266,000 doses per week but has the capacity to administer more.

“From the federal government’s perspective, I think the only thing they need to be focusing on is increasing the supply of these doses for our seniors,” DeSantis said at a news conference. “If you get us more supply, we’re gonna be able to get that in people’s arms.”

As of Monday morning, Florida has received 1.7 million 1st doses, and administered about 1.25 million, but that number could be higher due to a lag in reporting, DeSantis said.

But at a White House briefing Monday, press secretary Jen Psaki pushed back against DeSantis’ comments criticizing the federal government, saying Florida has only administered about half of the vaccines it has been given.

At a news conference Tuesday morning at a Publix in Indian River County, DeSantis called Psaki’s comments “disingenuous,” saying most of Florida’s unused doses are the second booster shots that are being reserved for seniors who received their first shots earlier this month.

“We’re not going to divert second doses away from seniors, seniors want it, we’re gonna do it. The implication is you should be giving those doses away to other people, that’s not the way the FDA has prescribed it,” DeSantis said. “We are going to have second doses for senior citizens and if the White House is suggesting that we shouldn’t be doing that, I think that’s not a good suggestion.”

Florida Gov. Ron DeSantis says the flow of COVID-19 vaccines has been stagnant and the state needs more to meet the increasing demand from residents. NBC 6’s Jamie Guirola reports

The governor said Florida is No. 1 in the country among the top 10 most populous states for vaccine doses per capita, and could be doing more if the supply was there.

Florida’s daily vaccine report released Monday showed about 1,250,000 people have received the first dose of the COVID-19 vaccination since the state started administering the vaccine in mid-December. Just under 158,000 have received the second booster shot.