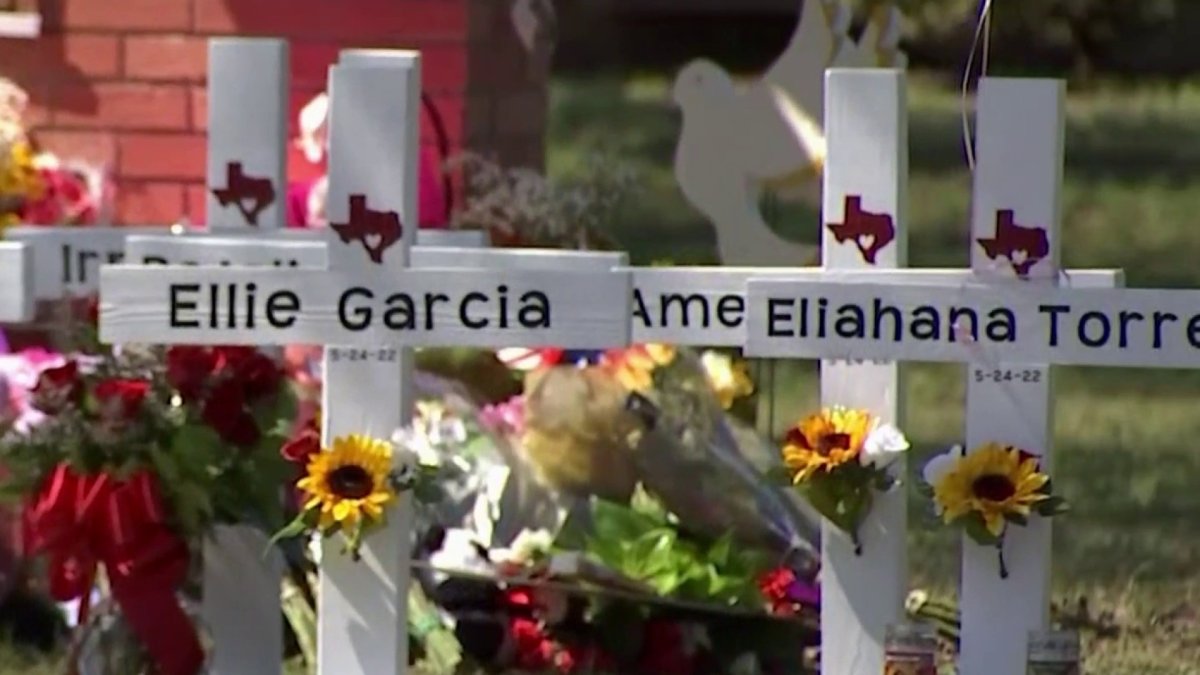 Twenty-one names, each written on white crosses standing on the lawn of Robb Elementary School — each one a son, a daughter, a teacher, a life that was senselessly taken away.

“There’s no words to tell the moms, the dads,” said Guadalupe, whose client lost a family member in the mass shooting Tuesday in Uvalde, Texas.

There’s also nothing that can wash away the sorrow.

Still, in Uvalde, the community is trying to remain strong, holding events like barbecues and car wash fundraisers for the families.

Anna Turner, who said she lost family in the shooting, stopped by the elementary school Thursday to drop off flowers.

Her grief has turned to anger.

“They expect us to just keep taking it and living it every (expletive) day in this stupid country,” Turner said. “We’re supposed to be the best country in the world, and our kids can’t even go to school without getting shot. Do something!”

One couple drove from San Antonio to drop off a cross with a red banner with “Beloved Angels” printed on it.

“We had a hard time figuring out what to put in the banner, so we put beloved angels, because to me and I know to their families, even the teachers, they were angels, gone too soon.”