A $500 reward is being offered for information after a stray dog was found with a horrific head injury from a possible chemical burn in Homestead.

Duke’s eye was out of its socket and it appeared somebody had burned him with a chemical, possibly acid, according to the woman who found him, Susan Scheinhaus.

Scheinhaus, with Pet Orphans Rescue, said she got a call Tuesday morning about an emergency after someone spotted Duke near Southwest 320th Street and 142nd Avenue.

“I went and looked for the dog for about two and a half hours until we found him,” she said. “Looked like he had acid poured on him, missing his left eye but still has the right eye that he can see out of.” 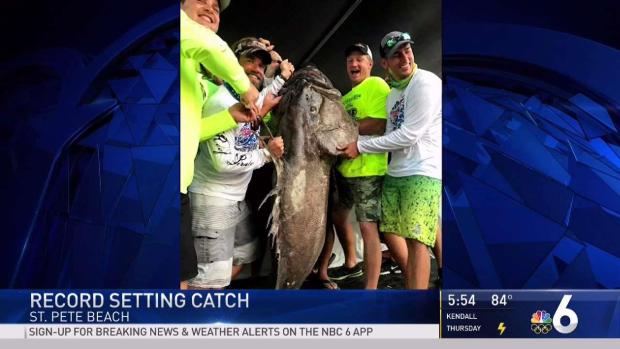 Scheinhaus managed to get him into her truck.

“He was just like giving me kisses all over and saying, like, ‘thank you,'” she said. “It really was, it was really very different from most of the dogs I’ve rescued.”

Scheinhaus said she believes someone intentionally hurt the dog. She said he didn’t have injuries in line with being hit by a car, like road rash.

“This is not like if he went under a car or a piece of farm equipment that he got burned or something. No, this is a chemical burn,” she said.

Scheinhaus rushed Duke to the vet and he will undergo surgery on Wednesday. Heidi’s Legacy Dog Rescue in Tampa has stepped in to pick up the roughly $3,500 bill. Scheinhaus, who has her own rescue, said she’s never seen anything like this.

“It’s gut-wrenching, It really is inside of my stomach,” she said.

Duke will be at the vet for a week and will eventually need a home. Heidi’s Legacy is offering a $500 reward for information that leads to a conviction, and is accepting donations on their website.

Tips can be phoned in to Miami-Dade Crime Stoppers at 305-471-TIPS.