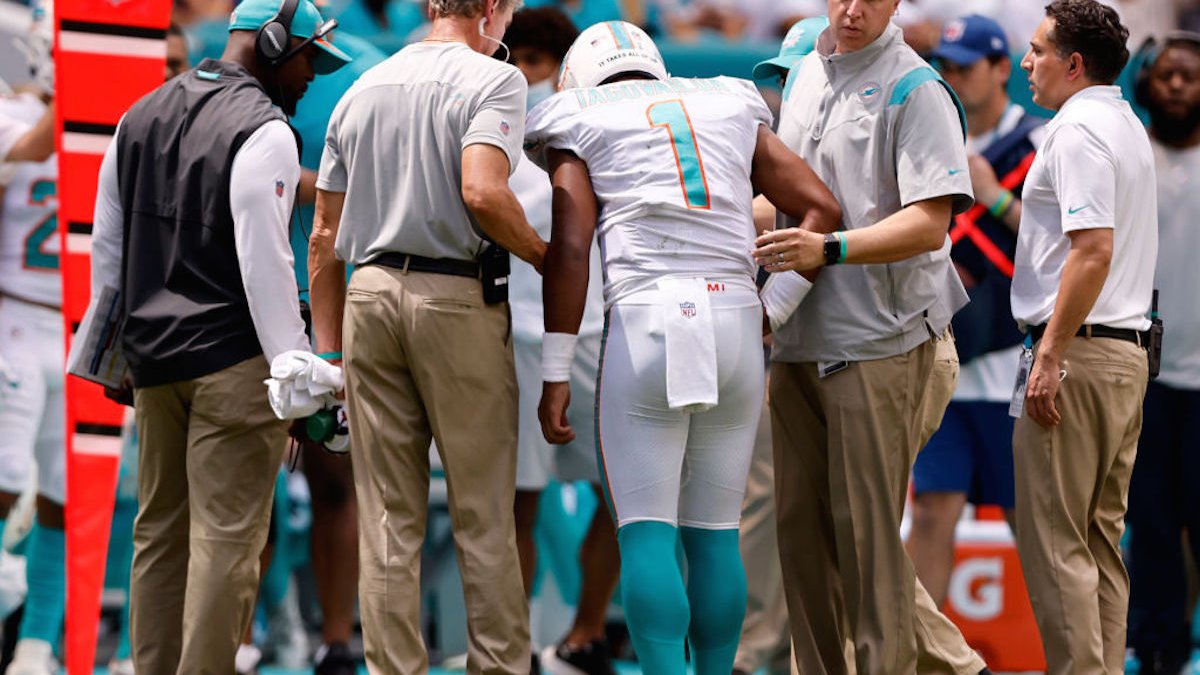 The Miami Dolphins will have a new starting quarterback for at least one week after Tua Tagovailoa was ruled out for Sunday’s game against the Las Vegas Raiders.

The signal caller will miss the game after suffering a fractured ribs injury early in last Sunday’s blowout loss to the Buffalo Bills.

Tagovailoa was carted off the sideline during the first quarter, getting knocked out in the second series. The Dolphins initially said he was questionable to return, then ruled him out.

Tagovailoa was hit by Buffalo’s A.J. Epenesa on the final play of Miami’s second series. The Dolphins went for it on fourth-and-2 from near midfield. Epenesa was completely unblocked as Tagovailoa dropped back and drove Miami’s quarterback to the turf as he threw.

Tagovailoa remained down for a moment, grimacing and grabbing at his left side. He could barely walk — it was more like a slow shuffle — to the sideline. The cart was waiting to take him off the field and to the locker room area for evaluation, and Tagovailoa wasn’t seen again.

Tagovailoa was sacked twice on Miami’s first series, then took the big hit from Epenesa in the next series. Jacoby Brissett came in at quarterback.

“Thinking about him right now,” Brissett said of Tagovailoa. “I don’t want this to sound bad, but it’s part of the game, just being ready to go. My number was called. It wasn’t my first time in this situation.”

Brissett will be the team’s starter with Reid Sinnett expected to be his backup.