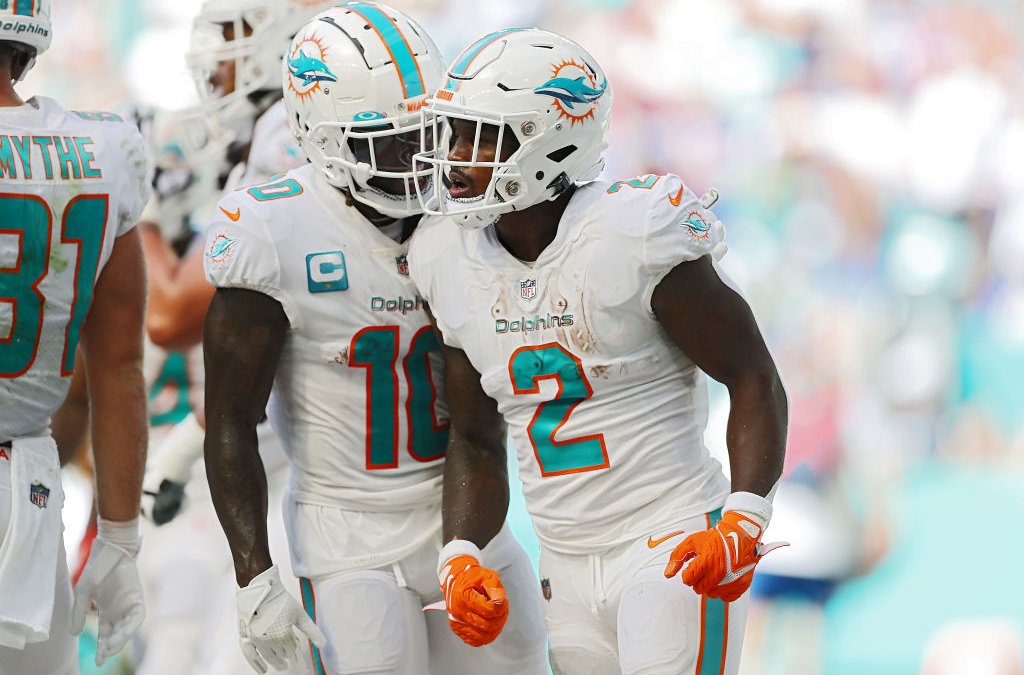 In the 50th anniversary year of the only undefeated season in NFL history, the Miami Dolphins kept their record perfect through the first three weeks of the season after a wild finish.

A fourth quarter comeback, capped off by the second touchdown of the day from running back Chase Edmonds, helped the Fins get a 21-19 win over the Buffalo Bills on Sunday inside Hard Rock Stadium.

The win gives the Dolphins a 3-0 record on the season, the only team in the AFC to not have lost in the 2022 season.

Dolphins quarterback Tua Tagovailoa left the game in the second quarter with a head injury, but returned in the second half to go 13 for 18 passing for 186 yards and one touchdown. Jaylen Waddle led all Miami receivers with four catches for 102 yards.

Edmonds had just 21 yards rushing, but a touchdown in the first quarter and one in the fourth quarter that gave Miami the lead.

Buffalo had a final chance after a blocked punt with 1:33 left in the game when Thomas Morstead bizarrely kicked the ball off a teammate and out of bounds for a safety, but Josh Allen’s pass to Isaiah McKenzie ended the game when the former American Heritage star was kept him bounds and the clock ran out.

Miami will have a short week to celebrate as they play again Thursday on the road against the Cincinnati Bengals.