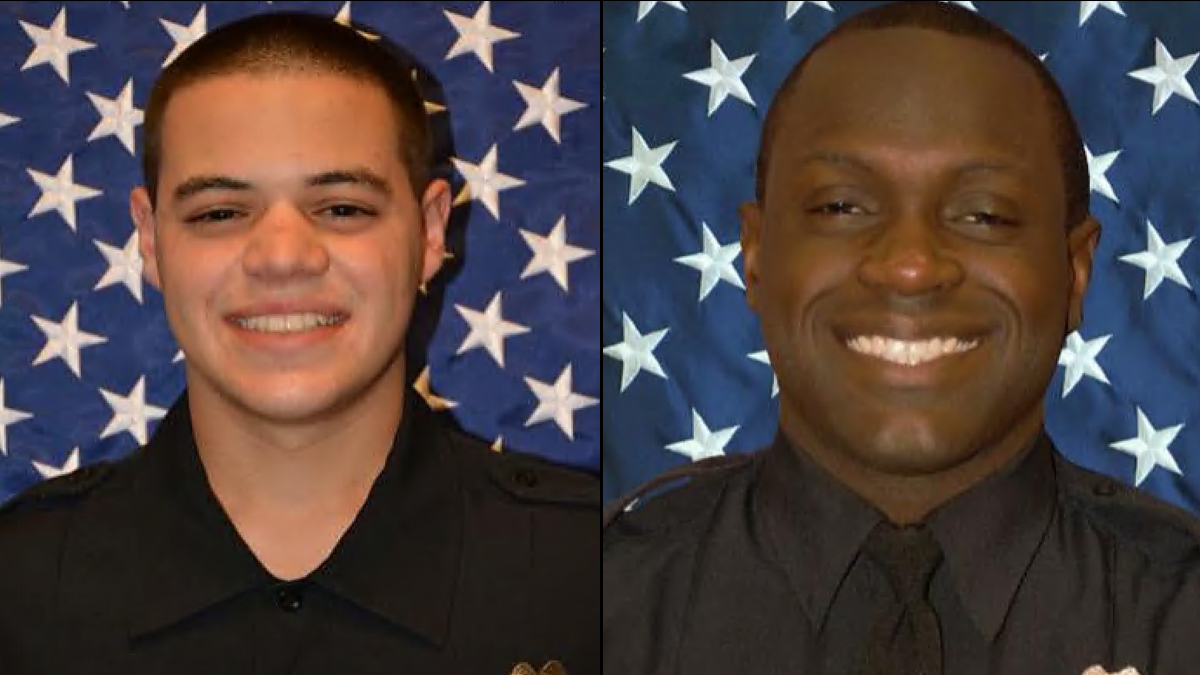 The two Doral Police officers wounded in Friday’s shootout that left a gunman dead have been identified.

Vilarchao, who has been with the department for three years, was injured in the face by one of the rounds fired by Perez and underwent surgery Saturday morning, officials said. He was still recovering at a hospital.

Beautelus, who has been with the department for six years, was shot in the left arm and released from the hospital Friday but has to go back for arm surgery, officials said.

Officials said the incident began with a dispute between the suspect and another man that turned into one man chasing the other in a vehicle.

When the officers responded, they found one of the vehicles had lost control and crashed into a tree.

Two police officers were wounded and a suspect was killed in a shootout near Miami-Dade Police Headquarters in Doral. NBC 6’s Jamie Guirola and Kim Wynne report

Perez jumped out of the vehicle and began shooting at the officers who returned fire, killing him, officials said.

Police said one of the officers was hit in the chest but was wearing a bulletproof vest that stopped the round.

An innocent bystander was also struck by a bullet in the leg, officials said.

The Florida Department of Law Enforcement is investigating the shooting.