As of the NHC’s 8 a.m. advisory Saturday, the storm was located 280 miles east of the northwestern Bahamas and 445 miles east of West Palm Beach.

The hurricane is moving west at a speed of 12 mph. Dorian is expected to move near or over the northwestern Bahamas on Sunday.

Download the NBC 6 app for comprehensive coverage on Hurricane Dorian. 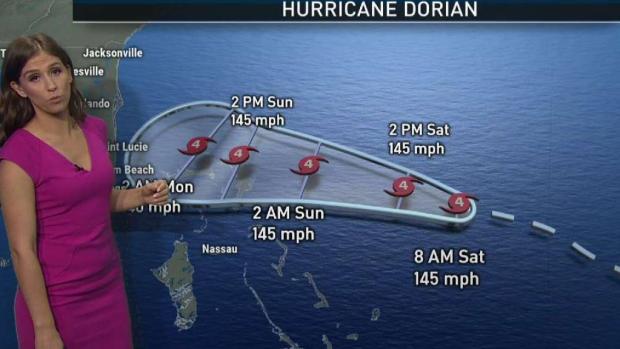 The latest forecast track has narrowed the “Cone of Concern,” as Miami-Dade County no longer faces the threat of the center of the hurricane. Parts of Broward County, including Fort Lauderdale, remain in the possible path of a Dorian landfall, according to the NHC.

“Some strengthening is possible today,” NHC wrote in a statement. “Although fluctuations in intensity are possible early next week, Dorian is expected to remain a powerful hurricane during the next few days.”

“A prolonged period of life-threatening storm surge and devastating hurricane-force winds are likely in portions of the northwestern Bahamas,” the NHC said in a statement.

The NHC said the same threats will affect Florida’s east coast early next week “but since Dorian is forecast to slow down and turn northward near the coast, it is too soon to determine when or where the highest surge and winds will occur.”

Broward County on Guard With Updates on Dorian 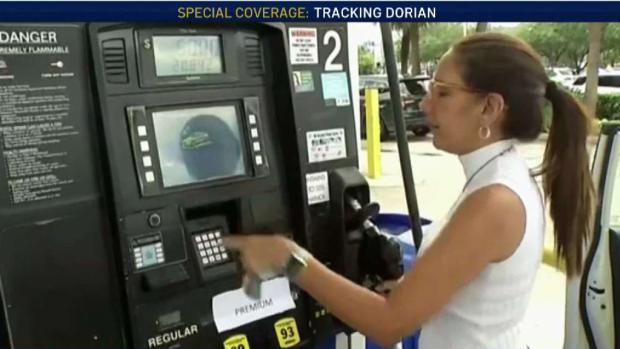 Life-threatening flash floods are expected in the Bahamas this weekend and through coastal areas of the southeastern United States next week, the NHC added.