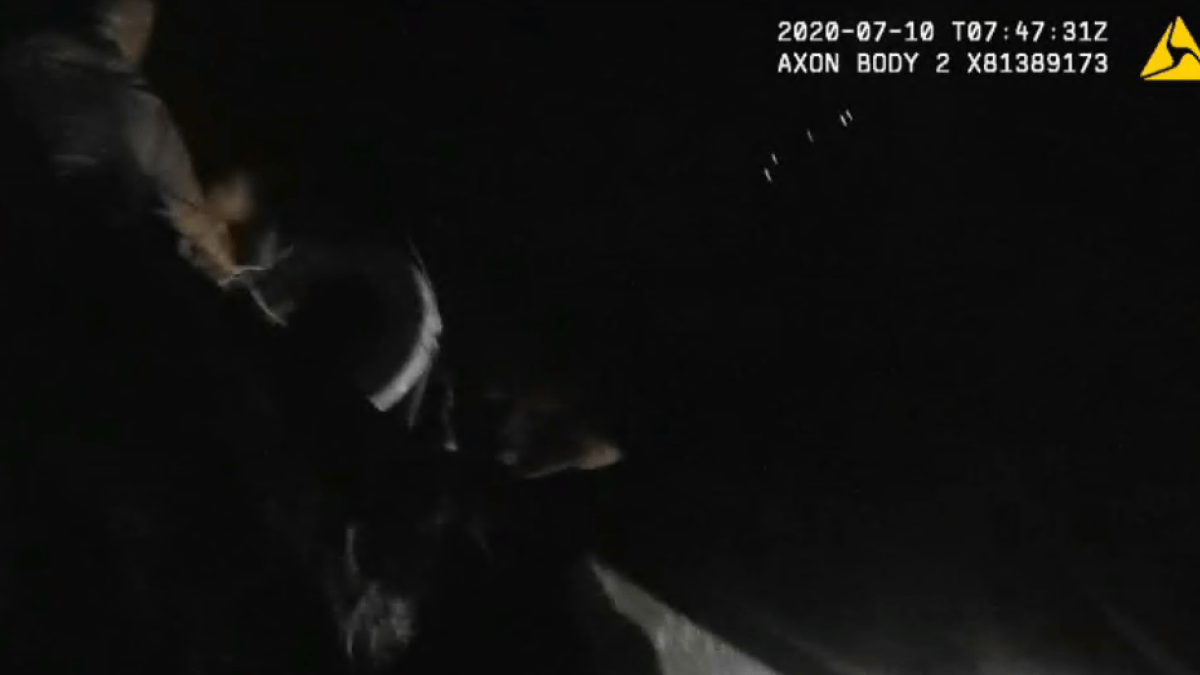 The footage released Monday shows officers responding to call of several people who were drowning in a canal in the early morning hours of July 10.

Miami-Dade Police said the four officers who responded had been told a 4-year-old boy had jumped into the water to try to save his mother.

The officers found the child and mother in the canal in duress, and one officer positioned himself on the embankment of the canal while another held his belt and legs to he could reach the mother and child.

Officials said the officers tried to rescue the boy but the mother, who appeared intoxicated, refused to comply and pushed herself away from the officers.

Police bodycam footage shows officers repeatedly pleading with the woman to hand them the child.

At one point, with the boy in her arms, the mother disappeared momentarily into the murky water, officials said.

One of the officers was eventually able to grab the child’s arms and pull him to safety.

Another officer tossed a lifeguard ring buoy into the water and was able to pull the mother to safety.