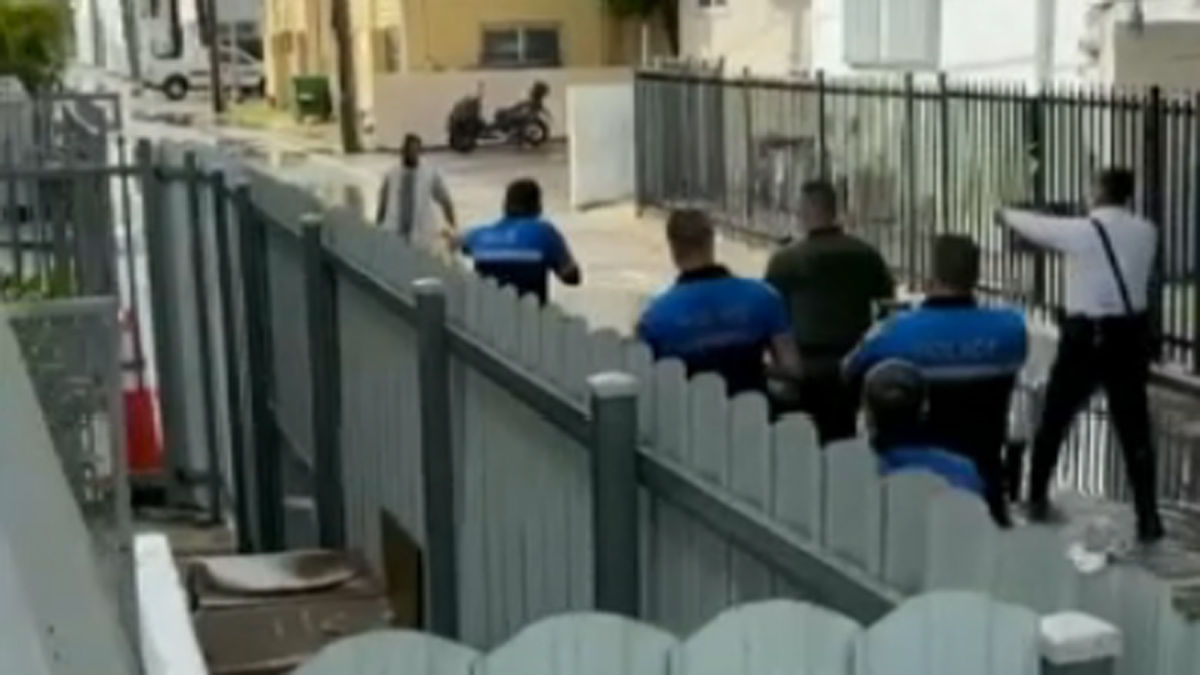 Dramatic cell phone video showed a dramatic standoff between an armed robbery suspect armed with a knife and police officers on Miami Beach.

The video shot by a bystander showed several officers with guns drawn moving in to arrest 34-year-old Pedro Madrazo-Rojo Thursday in the area of Michigan Avenue and 6th Street.

Police said Madrazo-Rojo had stolen $50 worth of groceries from a nearby Publix and threatened two store managers with the knife.

Officers arrived and were able to take Madrazo-Rojo into custody without any shots being fired. He was booked into jail on an armed robbed charge. Attorney information wasn’t available.