A man facing DUI manslaughter and other charges after a violent hit-and-run crash in Hialeah that left a woman dead and a man hospitalized has two prior DUI convictions, authorities said.

Danny Lazaro Leiva, 40, was arrested on charges including DUI manslaughter-failure to render aid, vehicular homicide-fail to stop, leaving the scene of a crash involving death and driving with a license suspended in Monday’s crash, according to an arrest report.

Hialeah Police said Leiva was behind the wheel of a white Toyota Camry when he ran a stop sign and collided with a white Dodge Durango around 7:40 p.m. in the area of East 5th Avenue and 41st Street. The report said Leiva’s car had been passing other vehicles at a high rate of speed before it struck the Durango with “catastrophic force.”

A surveillance camera captured the crash and showed the Durango rolling over after the collision before it came to a rest against a wall. 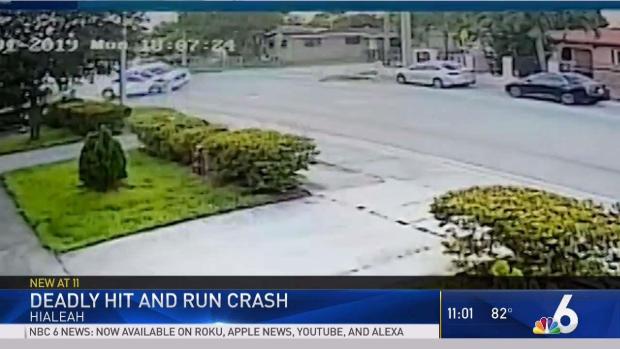 Police said a woman in her 60s who was in the Durango was pronounced dead at the scene, while a man in his 60s who was also in the vehicle was airlifted to Jackson Memorial Hospital. Their names weren’t released.

Cell phone footage from the scene showed the woman’s body on the ground outside the vehicle and the bleeding man inside, the front windshield completely smashed. A witness said Leiva was also left bloodied by the crash.

The report said Leiva fled the scene on foot but was later found by officers and taken into custody. An officer noted in the report that they could smell the odor of alcohol “emanating from his facial area” and that several beer cans – some empty and at least one full – were found in the Camry. 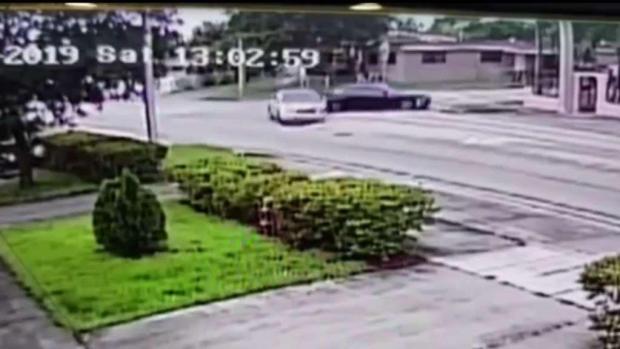 When officers checked Leiva’s records, they found he was a “habitual traffic offender,” with at least four suspensions on his license, 2 prior DUI convictions and a prior DUI refusal, the report said.

Leiva appeared in court Wednesday where he was ordered held on $66,500 bond with house arrest and a no drive order. He was represented by a public defender.