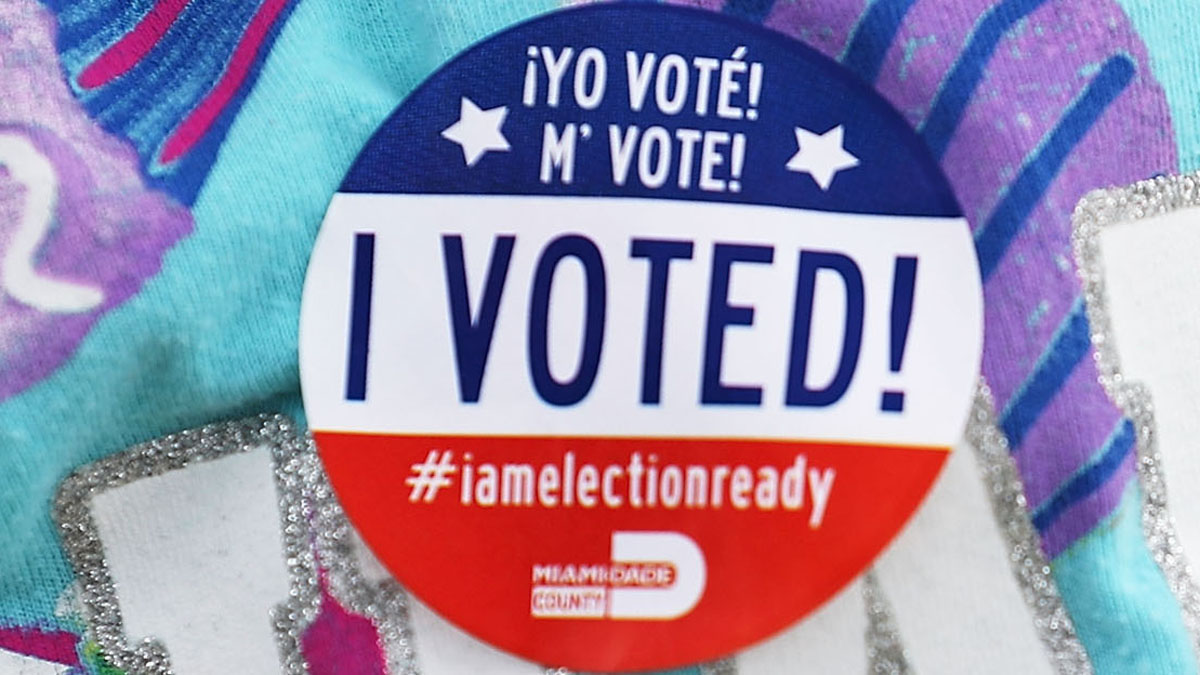 Voters looking to cast their ballots in person will get a chance to do so Monday as early voting begins in one South Florida county.

Miami-Dade will begin allowing early voting from 7 a.m. to 7 p.m. through Sunday, August 21st. You can find a complete list of location for early voting by clicking on this link.

Voters had until July 25th to update their voter registration and sign up to be able to vote in the August 23rd primary election. Nearly 400,000 mail-in ballots were mailed out to voters who requested one.

The deadline to return mail ballots in Miami-Dade is 7 p.m. on Election Day for them to be counted. For more information about the August 23rd primary, click here.

There are high profile races on the ballot, including for the Democratic candidate for governor who will go on to face Gov. Ron DeSantis, as well as the Democratic race for U.S. Senate to see who will run against Sen. Marco Rubio when the general election is held this fall.

The primary also includes races for state legislators, and non-partisan races, such as school board, judges, and county commission.

Broward County will begin early voting on Saturday, August 13th through Sunday, August 21st. For a list of locations, click on this link.