A retired police officer was forced to fire after a homeless marine allegedly tried to run him over at Tropical Park, the former cop’s family told NBC 6. The volley of bullets hit Rudy Velasquez’s white SUV, and his wife, Cecilia Gonzalez, was shot in the arm.

Retired cop Mike Levy was teaching his wife how to parallel park in the empty lot Wednesday evening when Velasquez approached them in an aggressive manner, Levy’s family claims.

Man in Underwear Crashes Into Police Car, Gets Tased

Relatives said the marine allegedly shouted obscenities at Levy, before trying to run him over with his SUV, but detectives have not confirmed those details. Fearing for his life, the former police officer reached for his gun and opened fire at the SUV, hitting Velasquez’s wife, who was in the passenger seat.

There have been no arrests as police continue to investigate the shooting.

Sources told NBC 6 Velasquez lives in the SUV with his wife and often parked at Tropical Park and other parks.

Court records reveal a similar incident involving Velasquez back in February. The homeless marine got into a physical altercation with a man sitting in a car on Rickenbacker Causeway and broke the victim’s finger, a police report says.

Tree Splits House in Half After Falling in Storm 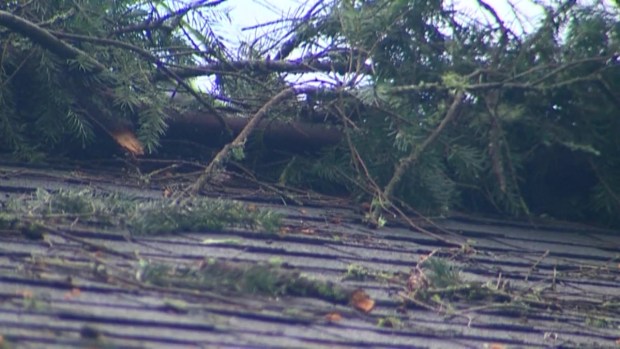 Velasquez was arrested and charged with felony battery for the February incident.