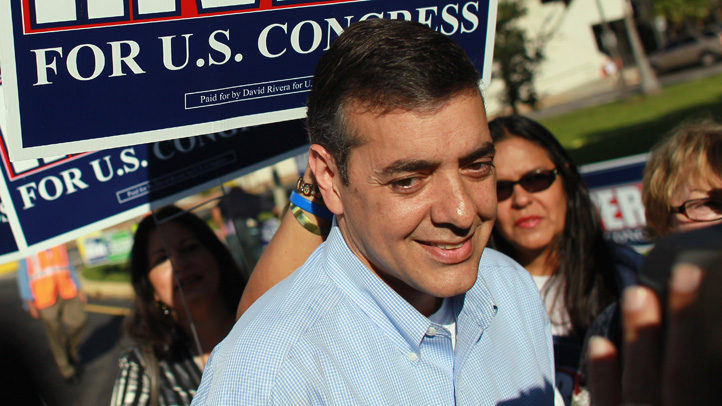 A former Miami congressman who signed a $50 million consulting contract with Venezuela’s socialist government has been arrested in connection to an ongoing federal criminal investigation, law enforcement officials said.

David Rivera, a Republican who served from 2011 to 2013, was arrested Monday at Atlanta’s airport, said Marlene Rodriguez, spokesperson for the U.S. Attorney’s Office in Miami. She said Rivera was indicted by a Miami grand jury last month, but that document remains sealed and she could not discuss the charges.

She said Rivera had an initial appearance Monday in Atlanta federal court. The U.S. Marshal’s Service said he bailed out of jail Monday afternoon.

An attorney for Rivera, Jeffrey Feldman, declined to comment, telling The Associated Press in a text message that he had “not seen the indictment.”

Pressure has been building on Rivera for more than two years after it emerged he received the massive contract from a U.S. affiliate of Venezuela’s state-owned oil company at the same time President Nicolas Maduro was trying to curry favor with the White House in the early days of the Trump administration

Rivera’s Interamerican Consulting was sued in 2020 by PDV USA — a Delaware-based affiliate of Venezuelan-owned Citgo — alleging the former congressman performed no work as part of the contract he signed in 2017 for three months of “strategic consulting” meant to build bridges with key U.S. stakeholders.

Rivera, 57, has maintained his innocence and has countersued PDV USA alleging breach of contract and unjust enrichment for its failure to pay $30 million he says he is still owed.