A former Miami Edison Senior High School teacher and football coach has been arrested after authorities say he was having a sexual relationship with a student.

Napoleon Joseph, 37, was arrested Monday at Miami-Dade School Police headquarters on a charge of engaging in a sexual act with a familial child, an arrest report said.

“We take these matters seriously. The employee was promptly terminated when the allegations first surfaced and will be prohibited from ever seeking re-employment with the District,” Miami-Dade Public Schools spokesman John Schuster said in a statement. 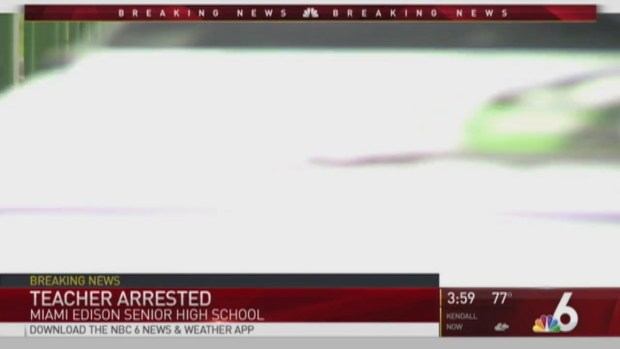 According to the arrest report, the victim, who is now 18, was a 17-year-old student at Miami Edison when the incidents happened. Between November 2016 through February 2017, the victim said she performed oral sex on Joseph two times in his classroom, the report said.

She also sent explicit sexual photos of herself to Joseph’s phone, the report said.

Joseph was a probationary teacher at the school and was also the head football coach. He was honored by the Miami Dolphins last year as part of the team’s RISE campaign, which is dedicated to harnessing the unifying power of sport to advance race relations and drive social progress.