Some drivers may have enjoyed the free test phase, but starting today you will be have to pay a toll when you hop on the Palmetto Expressway express lanes in either direction – and not everyone is happy about the new lanes.

According to the Florida Department of Transportation, drivers who choose to use the new lanes will be paying a minimum of 50 cents per segment. The segments are northbound and southbound express lanes between West Flagler Street and Northwest 154th Street as well as I-75 spanning to Northwest 107th Street.

Not everyone is on board to cough up the cash for a quicker commute. Participants with the No More Tolls movement were among a group protesting along on Flagler Street on Monday.

“At midnight this evening…we had the Palmetto stolen from us,” said protester Chris Wills. “A highway that we have paid many times over with our tax dollars, they’ve literally taken a chunk of space on that Palmetto. A road that was the last highway we had in Miami-Dade without tolls.”

Upcoming Traffic Alerts on Palmetto, I-95 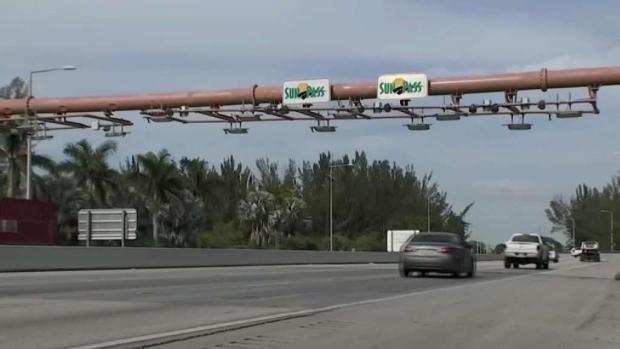 “We are working to collect one million signatures to put an amendment on the ballot when we vote in 2020, he added, telling NBC 6 that the bill would say ‘all tolls shall be approved by voters giving Floridians the power to decide on tolls.’

State and local officials want drivers to be safe and remind drivers that prices can change during the course of the day – so, you’ll be paying more during peak traffic hours.

FDOT officials say there is no cap or set price as it will change depending on congestion, similar to the current toll lanes on I-95.