For the final time in the foreseeable future, NASCAR will crown their champion inside Homestead-Miami Speedway with the final four drivers racing for the title Sunday in the Ford EcoBoost 400.

Or is the Big Three and the other guy? How about the Joe Gibbs Trio and the outsider?

Three of the four finalists for the title – Kyle Busch, Martin Truex Jr. and Kevin Harvick – raced for the championship last season and all have won NASCAR’s top honor since the format changed to its current system in 2014.

This season, Denny Hamlin is in the final group for the first time since that inaugural season – and still chasing his first ever championship. 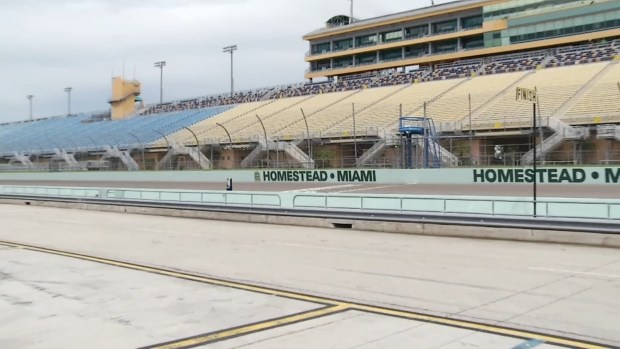 “You see one or two guys get into that Championship 4 here and there,” Hamlin said during Thursday’s media session in Miami Beach. “I think it would be most gratifying if we did win because this is by far the best (field) you could put together. It would mean more for that reason.”

Hamlin, who was born in Tampa and still has family living in the Sunshine State, knows he may be the sentimental favorite to some but already has confidence based on past performances at the speedway and winning last week’s race at Phoenix to qualify for the final race.

“This will be our third essentially going to Homestead with a legit shot,” Hamlin said. “But it doesn’t make me nervous by any stance. We already won Homestead. We won Homestead last week. That was our win-or go home race.” 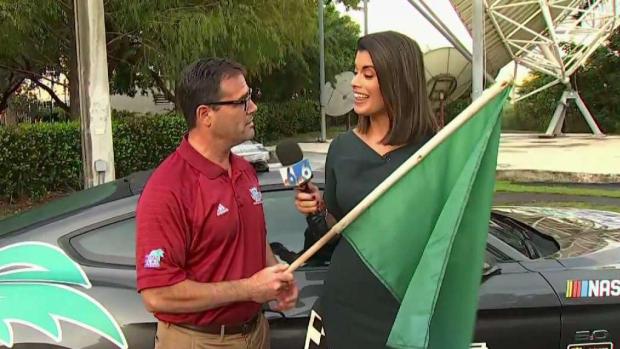 Harvick and Busch have each qualified for the championship race five of the last six seasons while Truex Jr. has been four times – winning the most recent title of the group in 2017. It will also be a trio of drivers for Joe Gibbs Racing going up against the solo driver racing for the Stewart-Hass Racing team in Harvick.

“Our teams are experienced and have navigated those things year after year and I think you see the best crew chiefs and the best organizations and the best drivers and they consistently stick out,” he added Thursday.

The drivers all know the pressure that comes with the final race of the season, with this one being more special as it’s the final scheduled championship race at Homestead for at least the next three years. With the championship weekend moving to Phoenix in 2020, the single weekend of racing in Homestead moves to March 20th-22nd.

“I like that it’s something different. We’re all going to get surprised a little bit, but at the same time, it’s a really fun track. It’s a track where, as a driver, you feel like you can make a difference,” Truex Jr. added.

Sunday’s Ford EcoBoost 400 gets underway with pregame coverage at 1:30 p.m. and the green flag start scheduled for 3 p.m. on NBC 6.