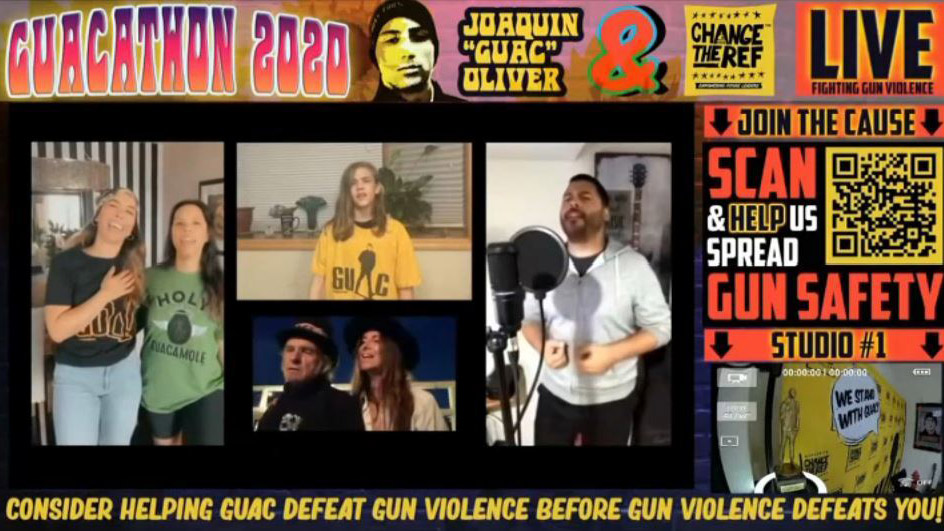 On Tuesday, the family of Joaquin Oliver hosted a 20-hour virtual marathon to celebrate his life on what would have been his 20th birthday.

Joaquin, aka Guac, was killed at Marjory Stoneman Douglas High School in 2018. His parents have been active in pushing for an end to gun violence.

It’s quite a birthday celebration, and not how the Oliver family would’ve wanted it, but one they hope will lead to true change. His parents are hosting Guacathon 2020, an online event on Facebook for 20 hours.

“It started very small, very organic and now it’s becoming an iconic event and probably just because Joaquin is helping us from wherever he is,” said Joaquin’s father, Manuel Oliver.

Celebrities, athletes, allies and politicians were some of those on the guest list.

In a message, pop icon Paula Abdul said, “Happy 20th Birthday, Joaquin. While you may not be with us in person, your memory is still very much alive.”

Presumptive Democratic presidential nominee, Joe Biden, said, “This is a special day. Joaquin would’ve been 20 years old he would still be here to celebrate with us if his life wasn’t stolen in a horrific act of gun violence.”

During the online event, several people who lost loved ones to gun violence also shared their message.

Oliver said, “We have traveled all around the nation and outside of the U.S. fighting for better gun laws in America and there’s a lot of people that hold that concern, we’re just putting them all together.”

The family is also raising money for the Change the Ref, the non-profit organization Joaquin’s father started after his death.

“This is a membership that you don’t want, a broken system is forcing us to create this army. We ain’t stopping until we fix this,” said Oliver.

To join the marathon, you can visit the non-profit’s Facebook page.