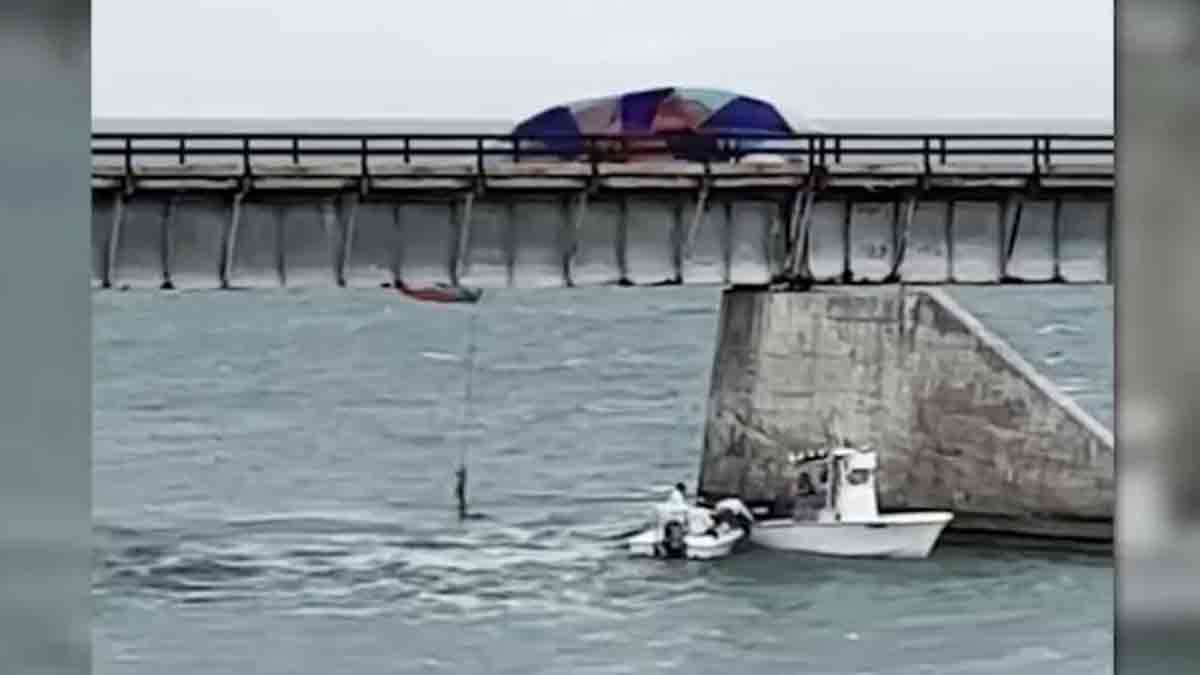 The family of a woman killed in a parasailing accident in the Florida Keys last month is now suing the parasailing company.

The family of Supraja Alaparthi filed a wrongful death lawsuit on her behalf Tuesday morning in Monroe County against Lighthouse Parasail Inc.

Two other personal injury lawsuits were also filed against the company on behalf of Alaparthi’s 10-year-old son and 9-year-old nephew, who were injured in the incident.

The 33-year-old woman and two children were parasailing back on May 30 when the winds picked up and slammed them into the old Seven Mile Bridge west of Marathon, Florida Fish and Wildlife Conservation Commission officials said.

NBC 6’s Alyssa Hyman has the latest on the accident that killed one woman and sent two young boys to the hospital.

The FWC report released a few days later said severe weather was a factor in the crash.

With the parasail pegged, the captain cut the line tethered to the three victims, the report said. They were dropped from an unknown height and were dragged through the surface of the water until the parasail collided with the bridge.

Attorneys with the Haggard law firm in Coral Gables, which is representing the family, released photos Tuesday that were taken by the family and that they claim show unsafe weather conditions right after the family went into the air.

The suit claims the company was negligent for failing to check the weather and for operating in unsafe weather conditions.

“It was absolute negligence and a violation of a statute in the state of Florida to put those three innocent souls multiple hundreds of feet in the air on this day,” attroney Michael Haggard said. “You can see the weather when the family is 100 feet up, 200 feet up in the air, the captain immediately began to lose control of the parasail. The boat would not move, it became unnavigable.”

NBC 6 has reached out to an attorney for the company and is waiting to hear back.

Immediately after the incident, an employee of the company told NBC 6 they are “devastated” and are cooperating with authorities during the investigation, adding that they do everything by the book.

The attorneys for the Alaparthi family also said they plan to file suit against the marina that the parasailing company was operating out of.