The family of a woman who died after being shot by a Florida Highway Patrol trooper wants the Department of Justice to take over the case and conduct a full investigation into her death.

Cellphone video shows the moments 32-year-old Latasha Walton was shot by FHP trooper Ronald Melendez Bonilla last Tuesday near the Golden Glades interchange. The trooper’s union said Walton was driving erratically and came toward troopers trying to pull us over.

“What this officer has done has broken me, her two children, my entire family,” sister Allison Wright said in a news conference Tuesday. “They are so empty. They are so lost.”

The family has hired civil rights attorney Benjamin Crump, who said he wrote to U.S. Attorney General William Barr in hopes of getting the DOJ to investigate. 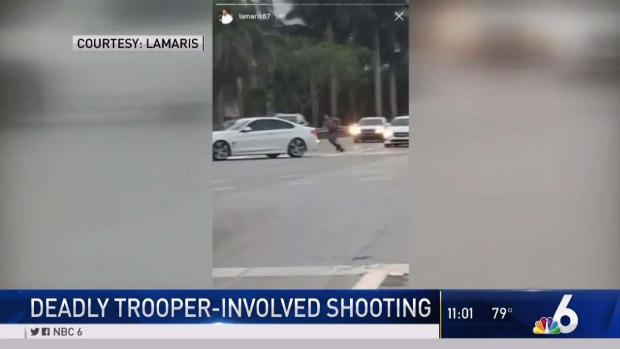 “The video of this shooting has sent shock waves across the nation,” Crump said. “All parties concerned here seek one thing and one thing only — a full, fair and complete investigation by the Department of Justice — nothing less will do.”

The police union said the trooper felt that his life was in danger. Walton’s family questions why he had to fire multiple times.

“I don’t feel like anybody should be executed like that,” Alphonso Wright said. “It’s not a way to justify your actions.”