The father of a suspect charged in the murder of a missing Florida Keys man whose body was found in the trunk of a car in Homestead has been arrested on a charge of accessory after the fact, officials said.

William Earnshaw, 58, was arrested Monday, days after his son, 38-year-old Justin Earnshaw, was charged with second-degree murder in the killing of 39-year-old Jose Daniel Munoz, of Key Largo, police said.

The body of Munoz was found Thursday in his white Honda in the parking lot of a Walmart at 13600 Southwest 288th Street. Police said Munoz’s brother called 911 saying he was following the car, which matched the description of the one belonging to Munoz, who had been reported missing in Monroe County two days earlier.

When officers arrived, they noticed a strong odor coming from the car and found the body of Munoz wrapped in plastic in the trunk, police said. The two Earnshaws and a woman were detained at the scene.

Arrest Made After Missing Man’s Body Found in Trunk 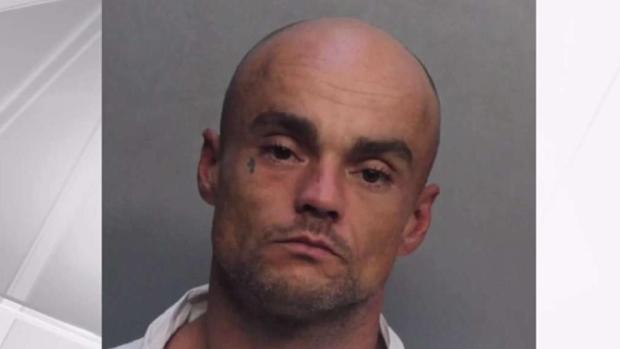 According to an arrest report, Justin Earnshaw told detectives he became irate with Munoz while they were in a hotel room. Prosecutors said Justin Earnshaw punched Munoz several times in the face and neck then started to choke him with his hands until he stopped breathing.

When he was initially questioned, William Earnshaw denied any involvement in the death of Munoz, an arrest report said. But when detectives went to the Florida City hotel, they found surveillance footage that showed the elder Earnshaw helping his son put Munoz’s body into the trunk of the car, the report said.