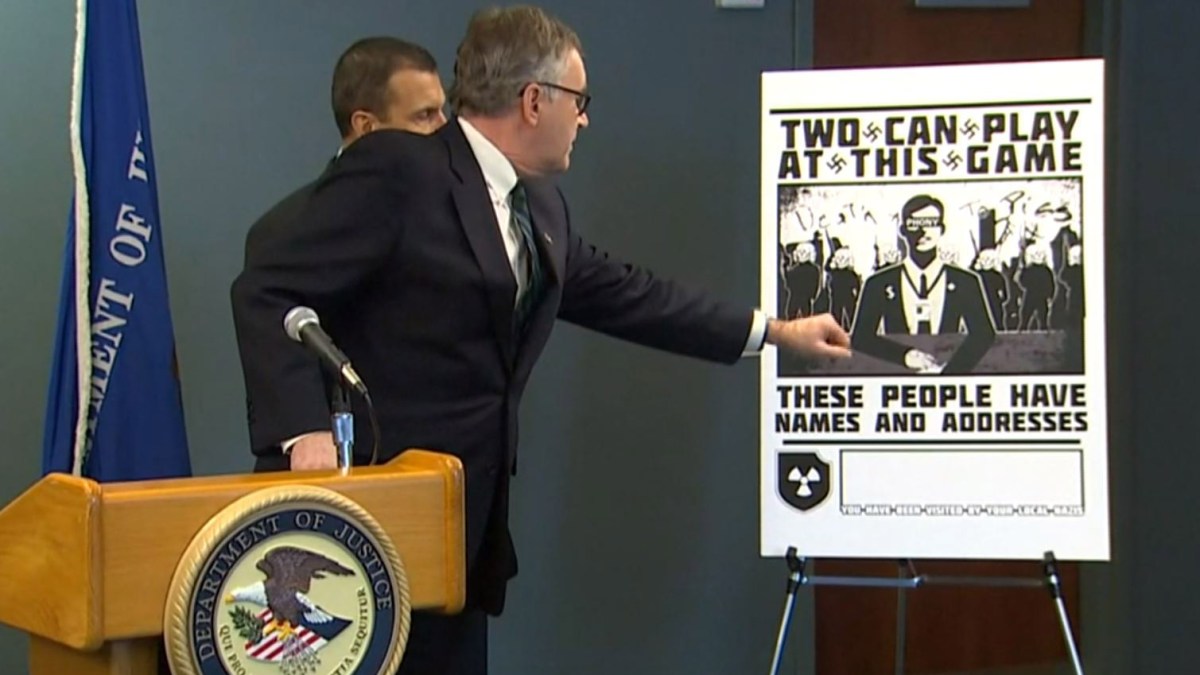 The FBI announced on Wednesday that it had made several arrests across the county, rounding up members from what it calls a “violent extremist group.”

Four members of the Atomwaffen Division – a neo-Nazi group – were charged by the agency on Wednesday. One of those members was 20-year-old Taylor Ashley Parker-Dipeppe from Spring Hill, Florida.

The men were accused of harassing and threatening journalists and members of the Anti-Defamation League.

“These neo-Nazis called their group Atomwaffen which is the German phrase for atomic weapon and they vowed to accelerate the collapse of civilization using violence, mass murder, hate, and threat,” U.S. Attorney Brian Moran said.

Officials say at the moment, all four men face a maximum sentence of five years for a single charge.

The other arrested members came from Washington, Texas and Arizona.

The FBI says the investigation is ongoing.