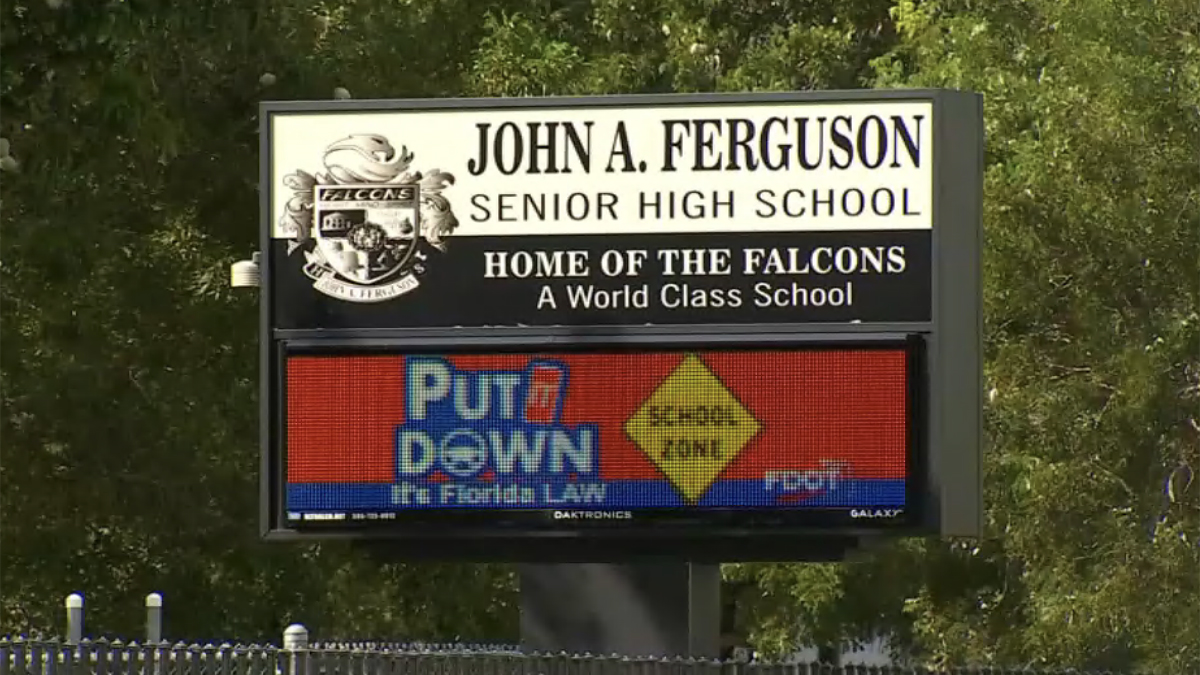 A teacher at John A. Ferguson Senior High School in Miami is being investigated for an alleged “impropriety” involving a student, Miami-Dade County Public Schools officials said Tuesday.

Officials said the teacher, whose name wasn’t released, has been placed on an alternate assignment while the allegation is investigated.

No other details were immediately known.

The news comes after the recent arrests of multiple Miami-Dade teachers accused of inappropriate relationships with students.

Heiry Calvi, a teacher at John Smith K-8 Center in Doral was arrested on multiple charges after she was accused of having an inappropriate relationship with a 15-year-old former student.

Brittiny Lopez-Murray, who was the drama teacher at Hialeah Middle School, was also arrested after police said she was engaging in sex acts with a 14-year-old former student.

Following the arrests, Miami-Dade County Public Schools Superintendent Alberto Carvalho sent a memo to school board members addressing the allegations and saying that more training would be given to teachers on preventing sexual abuse.