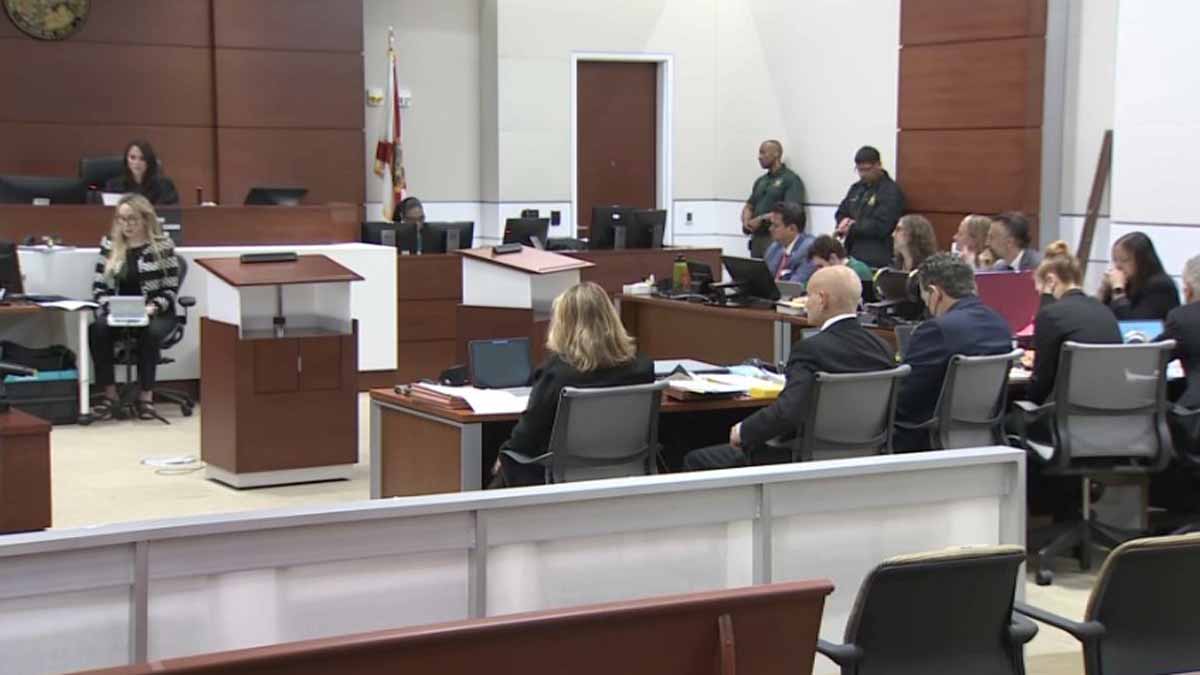 A jury of 12 was being chosen Tuesday from among 54 Broward County residents, the end of a months-long process to determine who will sit in judgment of the man who killed 17 and wounded 17 others at Marjory Stoneman Douglas High School in February 2018.

Nikolas Cruz has already pleaded guilty as charged, so the only question for jurors will be whether he should get life in prison or be sentenced to death.

The defense is looking for just one juror who will not vote for death – in which case Cruz will be automatically sentenced to life without parole.

Circuit Judge Elizabeth Scherer read more than 1,000 names of potential witnesses to the panel Tuesday afternoon, to see if any should be excluded because of their relationship to any of the witnesses.

Only a few potential jurors, including those who worked in education and emergency response, recognized any of the names.

After deciding whether to excuse any of them for cause, the judge will give each side an opportunity to argue why any of the others remaining should be excused for cause.

If denied, each side can then move to strike up to 10 people each from the panel of 12. The judge has said she will then continue the process until eight to 10 alternate jurors are chosen.

Before the reading of names got underway, lawyers continued an argument from last week over whether the jury will see swastikas the killer scrawled into his firearm magazines and boots. The state said it may only seek to introduce that in its rebuttal case, after the defense has an opportunity to raise circumstances it believes argue for a life sentence.

The state made a similar promise about evidence of racist social media posts connected to the killer – which the defense is also seeking to have excluded form the jury’s consideration.

The defense said it was not “acquiescing” to the state’s suggestion that the material can be introduced in the rebuttal phase, and reiterated it believes the judge should have made clear before selection started whether the evidence would be admissible. They said they “object to any further exploration” of the issues.

Pretrial motions are scheduled for Wednesday and Thursday, and several days of hearings are expected next week as the state challenges scientific evidence the defense claims will show the killer suffers from brain damage and other issues stemming, in part, from his natural mother’s alcohol use while she was pregnant with him.

The judge has most recently set July 6 as a start date for opening statements, but it could be delayed further until, perhaps, July 11.