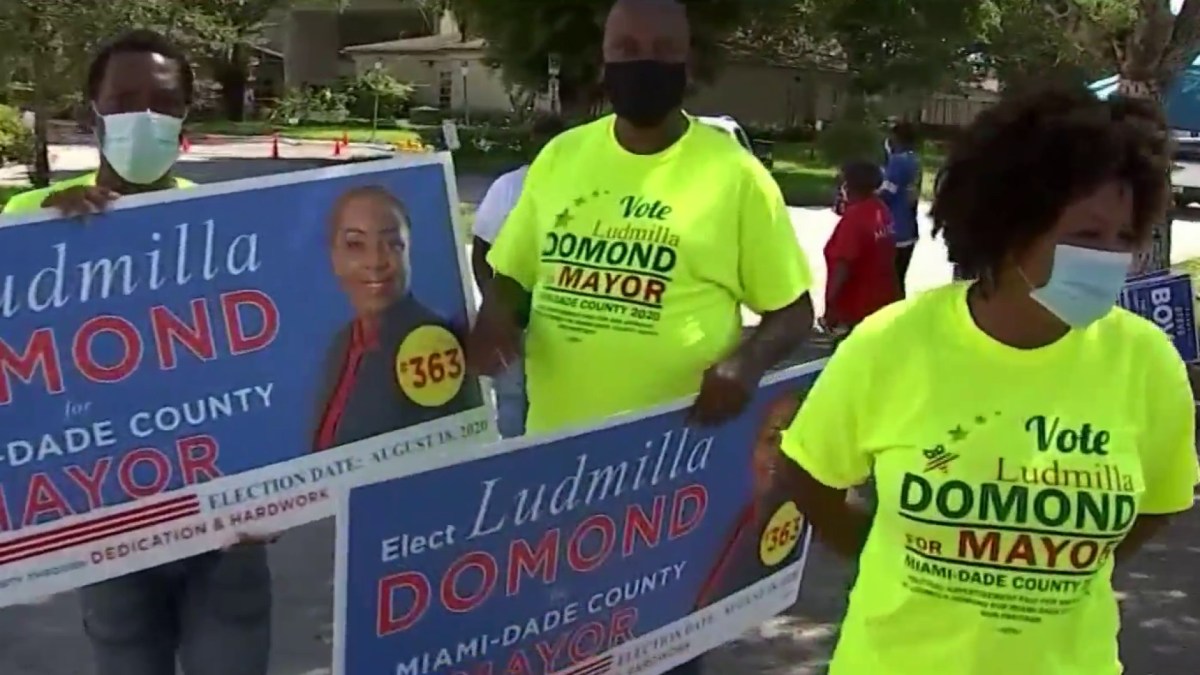 Ludmilla Domond is a mother, pastor and educator. Now, she’s adding another title to her repertoire: political candidate.

She’s confident she can be Miami-Dade County’s next mayor, and bringing people together is her goal.

“Miami-Dade County needs unity,” she recently said in an interview outside an early voting center in North Miami. “By having me as a diverse individual, and would be the first Black woman mayor in Miami-Dade County, woman first, Black first, for me I believe in definitely showing the unity.“

Domond was born in Haiti and came to America when she was a kid. She graduated from North Miami Senior High School, Florida International University and continues her studies, aiming for a PhD at St. Thomas University.

Improving mass transit, to include expanded rail and bus service, is one of her top priorities.

She feels community policing needs to be expanded. And she’s adamant about ending domestic violence and human trafficking.

And as South Florida continues to deal with the COVID-19 pandemic, Domond says special attention needs to be paid to economic development and small business owners.

“A lot of people are still out of jobs, it is still a pandemic, it’s still a crisis… we are having issues right now.”

“I am going to stay on a positive note,” she said.

Domond is running against five others. One must receive a majority of votes on election day. If not the top two vote getters head to a runoff in November.