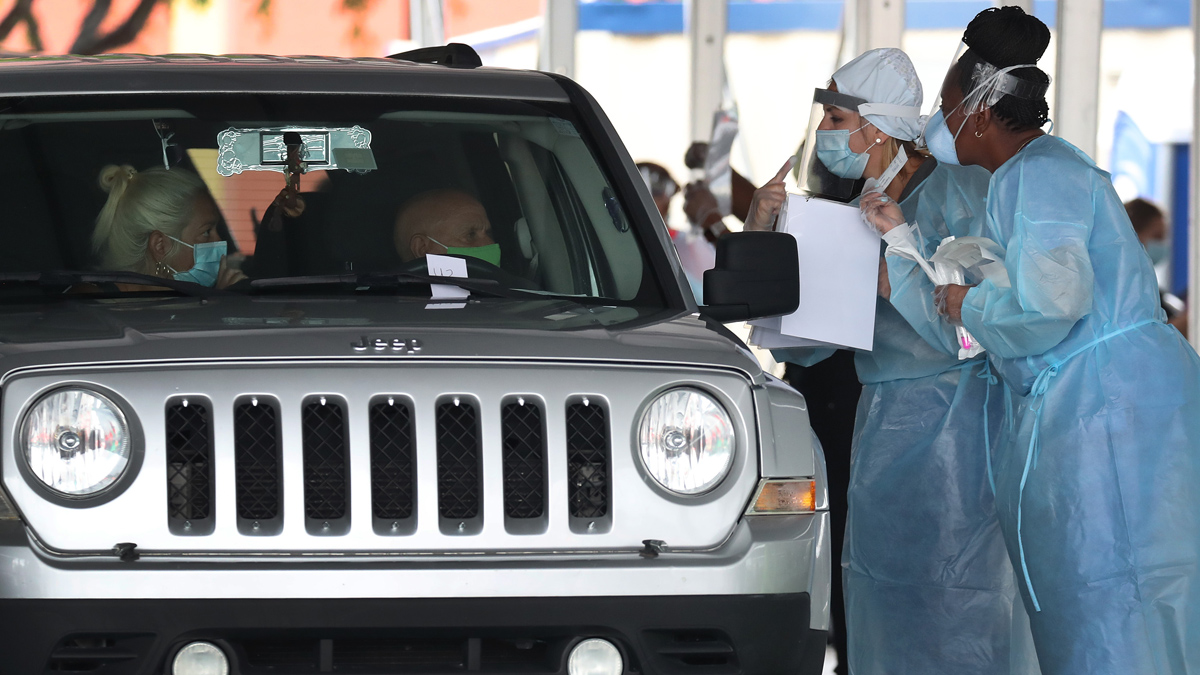 Pressure is growing to loosen economic restrictions in place in South Florida.

The governor wants it, business owners say they need it, but the chair of epidemiology at Florida International University says: not so fast.

“Well, things have definitely gotten better, but we’re no where near where we were at the time we reopened at the beginning of the summer,” said Dr. Mary Jo Trepka.

“We opened very rapidly and we saw a dramatic increase in the number of cases,” she said. “So I think we need to be very, very careful or we’re going to have the same situation again and we’ll have even more deaths.”

On May 18, when Miami-Dade first moved to lift restrictions after largely shutting down during the first round of coronavirus, the positivity rate in the county was 5% and 37 people were dying each day statewide.

After another month passed, in July, the positivity rate was hovering around 20% and 170 Floridians were dying statewide on average each day.

So while some, like Gov. Ron DeSantis, cheer two days of less than 10% positivity in Miami-Dade, Trepka reminds everyone the rate was half that number back in May when restrictions were eased the last time.

And things did not go well after that.

“If things continue at the current rate, we may well be able to be under 5% within a month,” Trepka said. “Then, after a couple weeks after that, we may be able to start talking about opening things up safely.”

Trepka said enforced curfews, masking and closing indoor restaurants and bars all likely played a role in tamping down the virus after hospitals were nearly overrun with COVID patients last month.

But, she cautioned, “Even though things look so much better than they did a month ago, we still have long ways to go.”