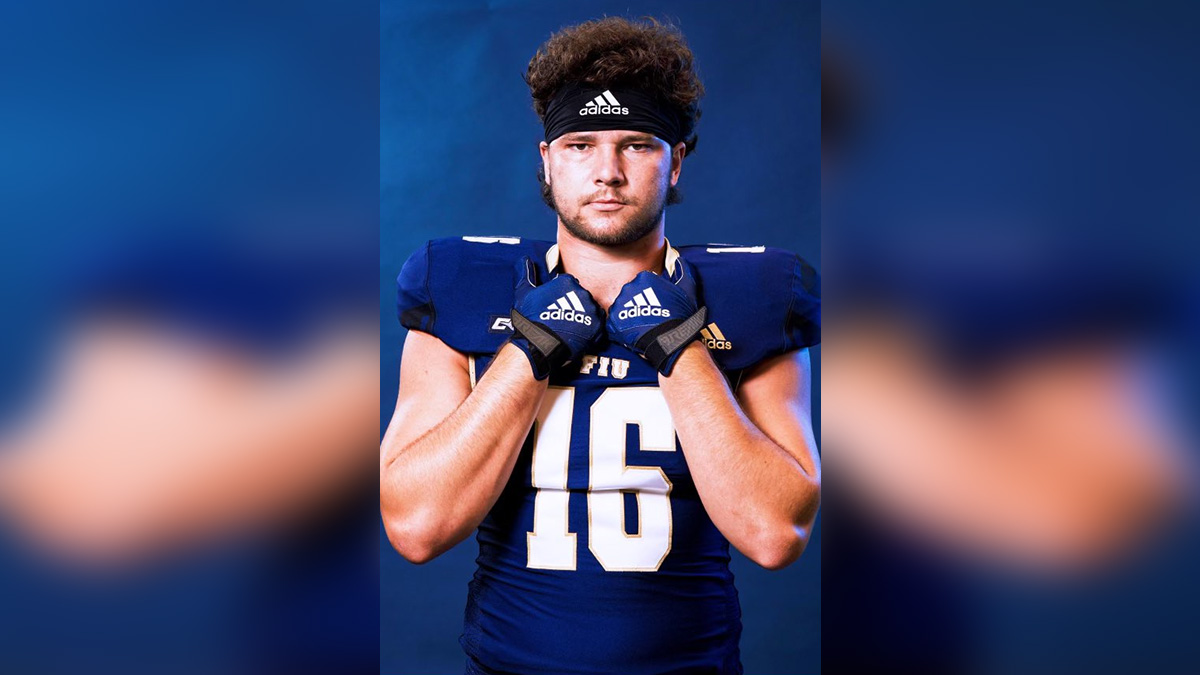 A student athlete who played on the football team at Florida International University died overnight at the hospital.

FIU football confirmed the death of linebacker Luke Knox, who transferred to the school after playing three seasons at Ole Miss.

“We are saddened by the sudden passing of Luke Knox, a member of the FIU Football program,” the team said in a statement. “We send our thoughts and prayers to Luke’s family, friends and teammates during this difficult time.”

FIU players were told of Knox’s death late Wednesday. Thursday’s practice was canceled, and grief counselors were brought in to meet with the team and others from the university community.

Police do not suspect foul play in the incident. Details on how Knox died were also not released.

“I had the honor of coaching Luke at Ole Miss and at FIU,” Panthers head coach Mike MacIntyre said. “While I admired his passion for football, his genuine love for his family and teammates is what I will always remember.”

A native of Brentwood, Tennessee, Knox played three years for the Rebels and switched between linebacker and tight end. He played in seven games last season and recorded 21 tackles in his career. He switched to tight end in 2021 though appeared as a linebacker on FIU’s roster this season.

He is the brother of Buffalo Bills tight end Dawson Knox, who is entering his fourth NFL season.