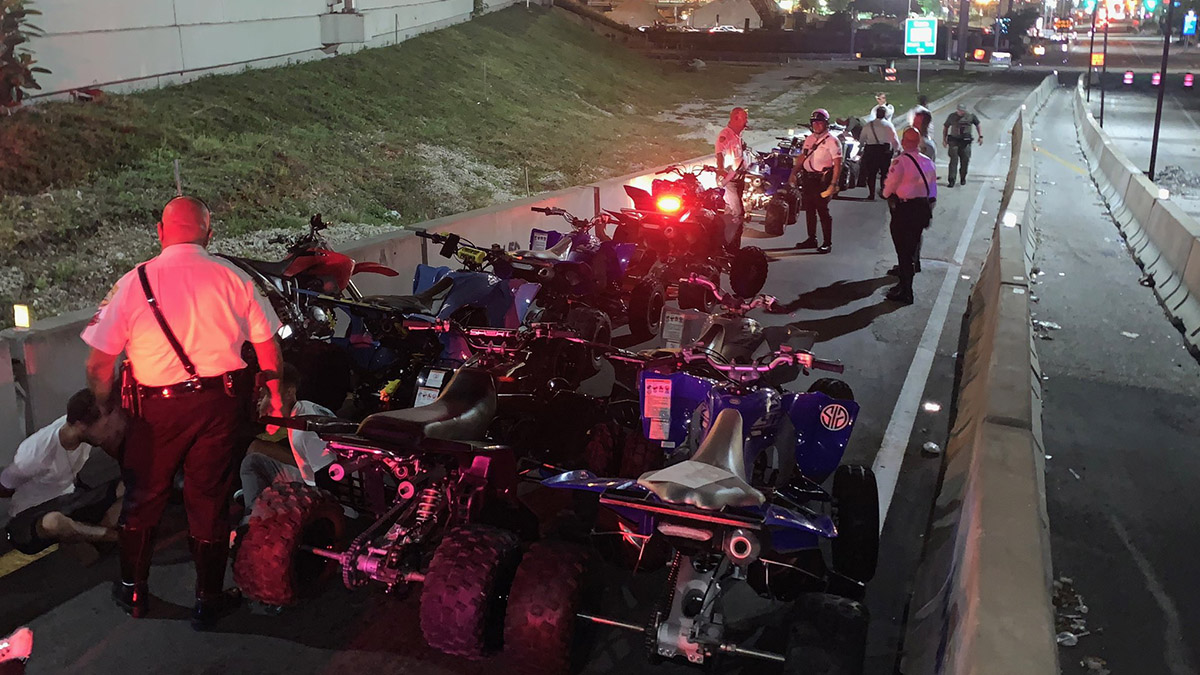 Officers said that the riders were driving unregistered ATVs, “riding into oncoming traffic, running red lights,” and that they fled police and continued to race past traffic stops when patrol cars activated their sirens.

The drivers were finally funneled into traffic on the MacArthur Causeway and forced to stop at the Biscayne Boulevard exit. They were charged and taken to Turner Guilford Knight Correctional Center.