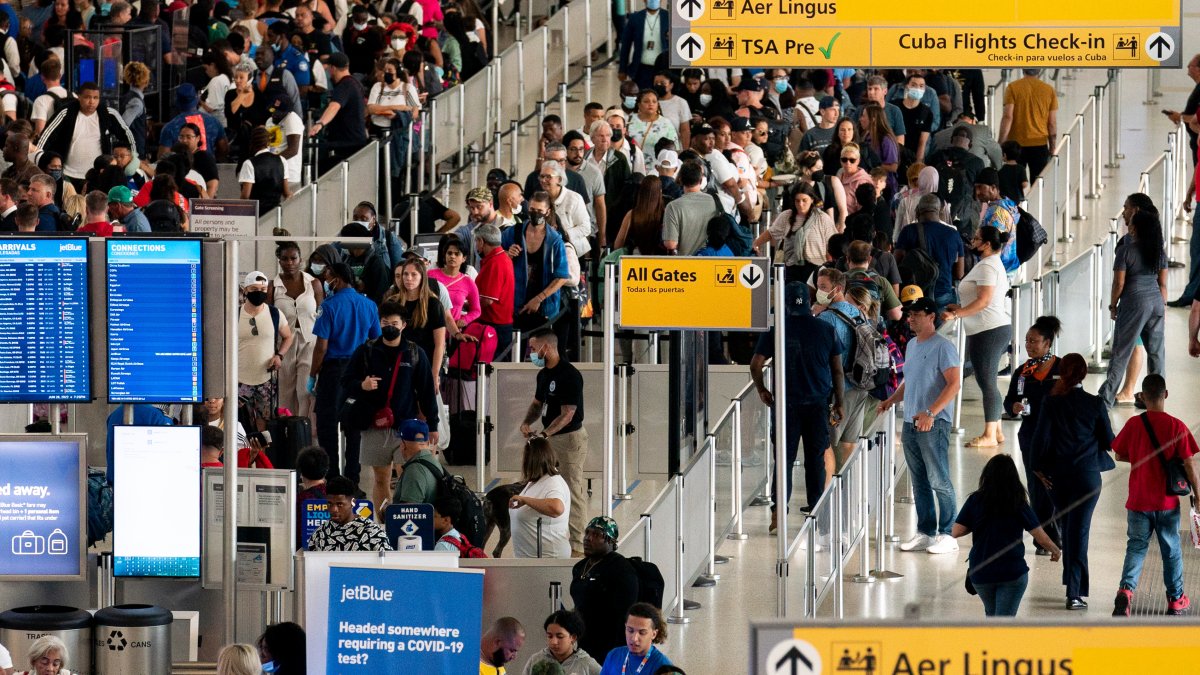 If your Fourth of July holiday weekend plans include flying, pack your patience.

Dozens of travelers are seeing delays or cancellations at local airports. Some travelers though, are being cautious and arriving at the airport sometimes triple the time recommended of two hours.

Most people are ready to go back home after a trip to south florida.

Monique Beal, for example, wants to return to Chicago, but her flight has been delayed, throwing off her travel plans.

“Major delays. They haven’t canceled our flight, but it just kept changing,” she told NBC 6 at Miami International Airport. “At first they said it was on time, and then delayed like two or three hours, then it goes back to saying that it’s on time. Trying to get assistance has been a headache.”

Nearly five million travelers have been screened by TSA since Thursday. 4,934,961 between Thursday and Friday, to be exact.

145,000 travelers, roughly, are expected to be at Miami International Airport every day this holiday weekend, according to their spokesperson.

With these elements in mind, travelers are taking extra precautions.

Angelique Bauer, who’s trying to fly to Dallas showed up to the airport seven hours before take off.

“for my own state of mind,” she said. “So I wont panic and feel like you have some sort of control, but you don’t”

She had recently deboarded a cruiseship in Miami and chose caution instead of leisure.

“we could’ve went and saw sights in Miami in the meantime, but we just felt safer  getting to the airport and getting in line and getting past security check, which seems to be the longest,” she said.

In the meantime, other travelers are saying, they’re not receiving good answers or care when they inquire why their flights are being altered.

“they’re not really giving us an explanation at all,” said Beal. “As far as the customer service, it has not been great today.”

If your Independence Day weekend itinerary includes a flight, here’s some advice from a fellow traveler, Ywnanakee Allison. S

“Have patience,” she said.  “Don’t make a fool of yourself. Don’t argue, that’s not going to get you nowhere, just get you more upset, so just have patience.”