When a Florida couple’s Amazon order arrived at their home, they were not prepared for what was inside.

The couple, who asked to remain unnamed for safety concerns, ordered several large storage containers from the online retail store. But when their package arrived, it was filled with 65-pounds of marijuana.

“They were extremely heavy, heavier than you would think from ordering four empty bins,” the woman told WFTV.

The drugs were stuffed in boxes placed inside the storage containers. When the couple opened the packages, they were hit with the strong odor of pot and immediately called police.

Mother of 3, Who Cannot Read or Write, Earns US Citizenship 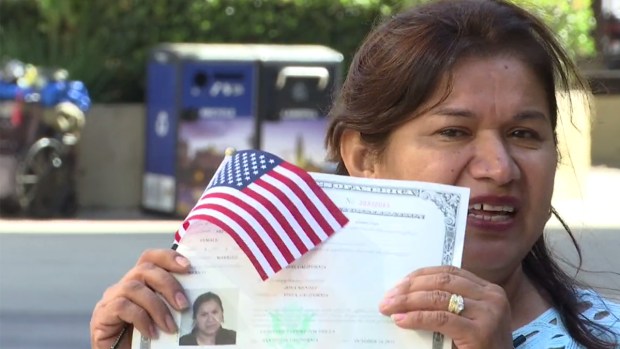 Authorities seized the drugs and launched an investigation, according to the report.

The couple said that after several email exchanges with Amazon that lasted about a month, they just wanted an apology. In return for their hassle, the retail giant issued the couple a $150 gift card.