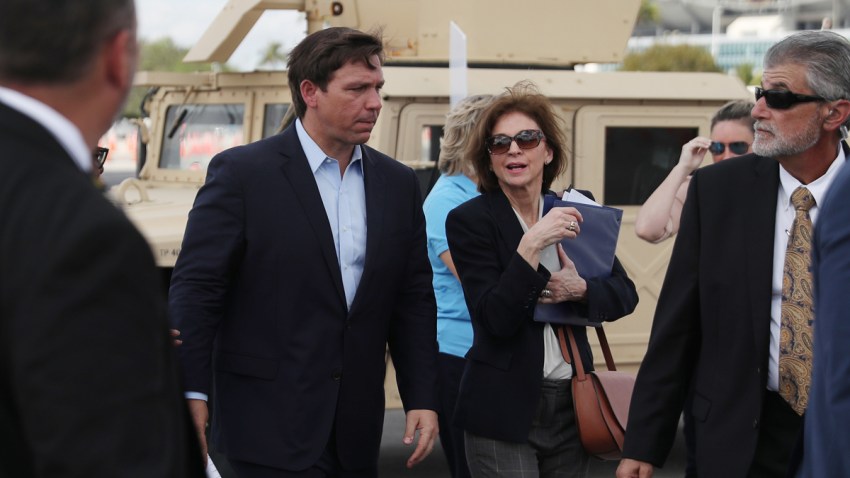 Florida’s congressional Democrats on Tuesday blasted Gov. Ron DeSantis’ refusal to issue a statewide stay-at-home order to combat the coronavirus outbreak, charging that his “lax” decision will result in thousands of unnecessary deaths, risks the health of doctors and nurses and threatens to overwhelm hospitals.

With Florida now having at least 6,300 infections, 76 deaths and 770 hospitalizations, the Democrats said the Republican governor must drop his county-by-county approach and follow other hard-hit states by closing all non-essential businesses and ordering people to stay home except for buying food or medicine, visiting a doctor or going to an essential job. More than 30 states have statewide stay-home orders.

“Governor, we need you to follow the science — it is reckless and irresponsible to put at risk the people of the State of Florida who you swore to protect,” Rep. Donna Shalala of Miami said during a conference call with reporters.

Shalala, who was health secretary during the Clinton administration, directed her comments as if addressing DeSantis, saying “it is time for you to step up and be the kind of leader people expect of their governor. We plead of you, there will be thousands of lives that are unnecessarily lost if you do not issue this order.”

DeSantis, a former congressman, has said he hasn’t issued a statewide order because he believes his county-by-county approach works medically and he doesn’t want to punish businesses and workers in small, rural counties that have no or few confirmed cases.

He issued a stay-at-home order Monday for Miami-Dade, Broward and Palm Beach counties and the Florida Keys, but later said he misspoke when he said it would be in effect until May 15. He said he meant April 15, despite President Donald Trump now saying social distancing guidelines will be in place until April 30, not Easter as he hoped.

DeSantis has ordered anyone arriving from the New York area and Louisiana into quarantine and issued some statewide measures such as closing bars and gyms and limiting restaurants to takeout and delivery. Several counties in the Tampa Bay area and central Florida have issued their own lockdown orders.

Last week, DeSantis said a statewide order would be “a very blunt instrument.”

“When you’re ordering people to shelter in place you are consigning … probably hundreds of thousands of Floridians to lose their jobs. You’re throwing their lives potentially into disarray, and if that were something necessary statewide because the health comes first, that would be one thing. But if you look at Florida’s situation right now, this is not a virus that’s impacting every corner of the state,” he said.

Rep. Debbie Wasserman Schultz of Broward County told The Associated Press that DeSantis is acting strictly on politics, fearing that a statewide order would “piss off” his supporters.

“The governor is making decisions based on what he believes is a tolerable political threshold versus what is absolutely essential based on public health guidance,” said Wasserman Schultz, the former chair of the Democratic National Committee. “Even President Trump now finally listened to his public health experts … that ‘No, Mr. President, you can’t have everybody go back to work and crowd churches on Easter because we are still not even at the peak'” of infections nationally.

Reps. Lois Frankel of West Palm Beach and Debbie Mucarsel-Powell, who represents the Keys and parts of Miami-Dade, said on the conference call that it is shortsighted of DeSantis to believe rural counties don’t need to be shutdown like the metropolitan areas.

“The coronavirus is going to hit every nook and cranny of America. All you need is a funeral or a large family dinner and a small community could be infected in a matter of days,” Frankel said.

Mucarsel-Powell said, “I fear for the irreversible damage that waiting this long will do to our hospitals, our families, our communities. I understand the great economic consequence that this action will have, but … by delaying this order it only exacerbates those impacts in the medium and long term.”