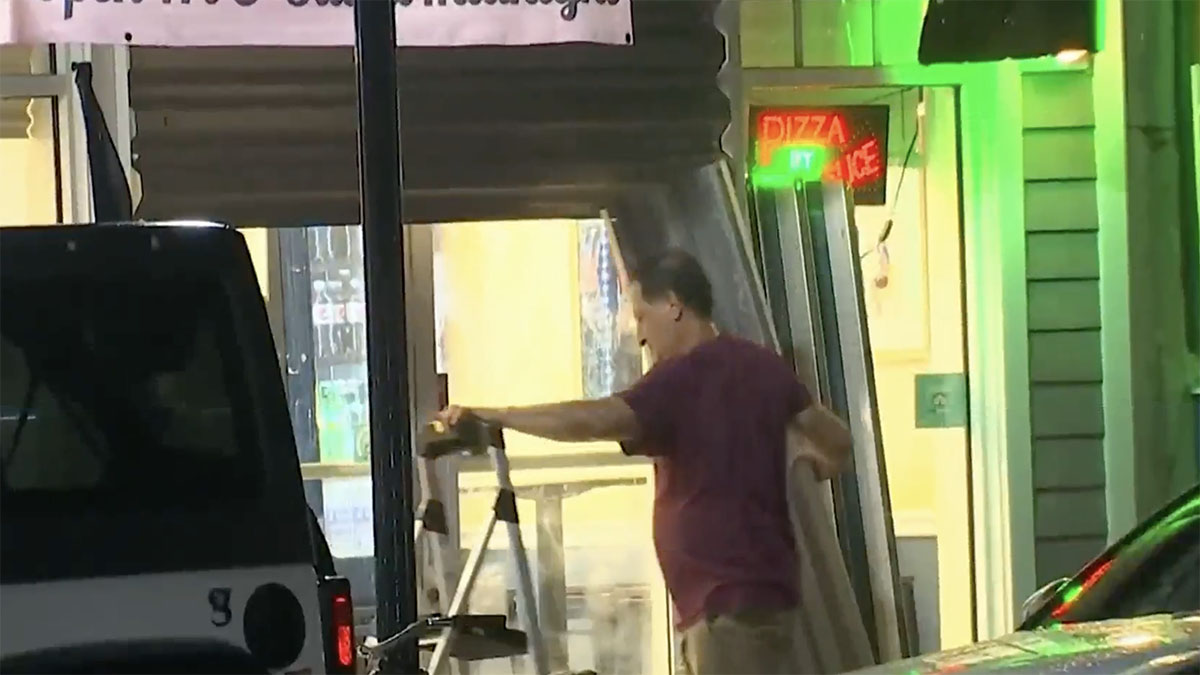 With Hurricane Ian barreling toward Florida, business owners and residents in the Keys started shuttering their buildings and laying down sandbags on Monday to prepare for the onslaught of storm-force winds and likely flash flooding.

Many, like Michael Weisberg, who manages The Big Chill in Key Largo, say they are not taking any chances.

“We’ve been doing this for about 15 years, so we usually kind of see where the storm is coming from, and this time it is coming from the Gulf side. So just as a precautionary measure we’re bringing everything inside — we’re expecting to see about 50-mph gusts,” Weisberg said.

The storm made landfall in Cuba early Tuesday as a major Category 3 storm as it roared along a path that could see it strengthen further over the Gulf of Mexico before hitting Florida’s west coast by early Wednesday as a Category 4 hurricane with top winds of up to 140 mph.

Tampa and St. Petersburg appear to be likely targets for a direct hit, with most of the peninsula anticipating flash flooding and tropical storm force winds extending 115 miles from Ian’s center.

Some business owners in Key West, like restaurant and hotel manager Luis Castillo, said they noticed a big drop in the number of customers coming in over the past few days, likely in anticipation of the storm.

“Three days ago we saw like a 70% drop in the amount of people coming into the restaurant and the hotel,” Castillo said. “We saw a few cancellations — people get worried.”

Heavy rain had started hitting the Keys by late Monday into Tuesday, with wind speeds picking up. Not wanting to take any chances, Monroe County Emergency Management said schools and government offices would be closed on Tuesday.

While no mandatory evacuations were issued for the Keys, residents in low-lying areas were urged to seek higher ground to prepare for flash floods. Monroe County officials warned that the Keys could see flooding approaching that from Hurricane Wilma in 2005.

Authorities expect to make a decision later Tuesday morning on whether to keep schools and government offices closed on Wednesday as well. A tropical storm warning has been issued for both the lower and middle Keys.