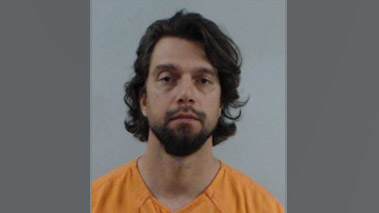 A woman was dragged for several hundred feet on a Florida highway while holding onto the door of a truck before she lost her grip, was run over by the same vehicle and died, officials said.

The Florida Highway Patrol arrested the woman’s boyfriend early Sunday on one charge of leaving the scene of a crash that resulted in death.

Troopers said Ryan Le Boss, 44, was driving the Ford pickup truck on Interstate 75 near Gainesville, Florida, on Saturday. The girlfriend, Eileen Bocca, 48, was seen hanging out of the car while holding onto the door for several hundred feet. The Florida Highway Patrol said several witnesses saw the woman being dragged and falling before she was run over by one of the rear tires.

Bocca was taken to a nearby hospital, where she died.

Troopers arrested Le Boss hours later at his Lake City, Florida home on a charge of leaving the scene. It is not clear whether he will face other charges.