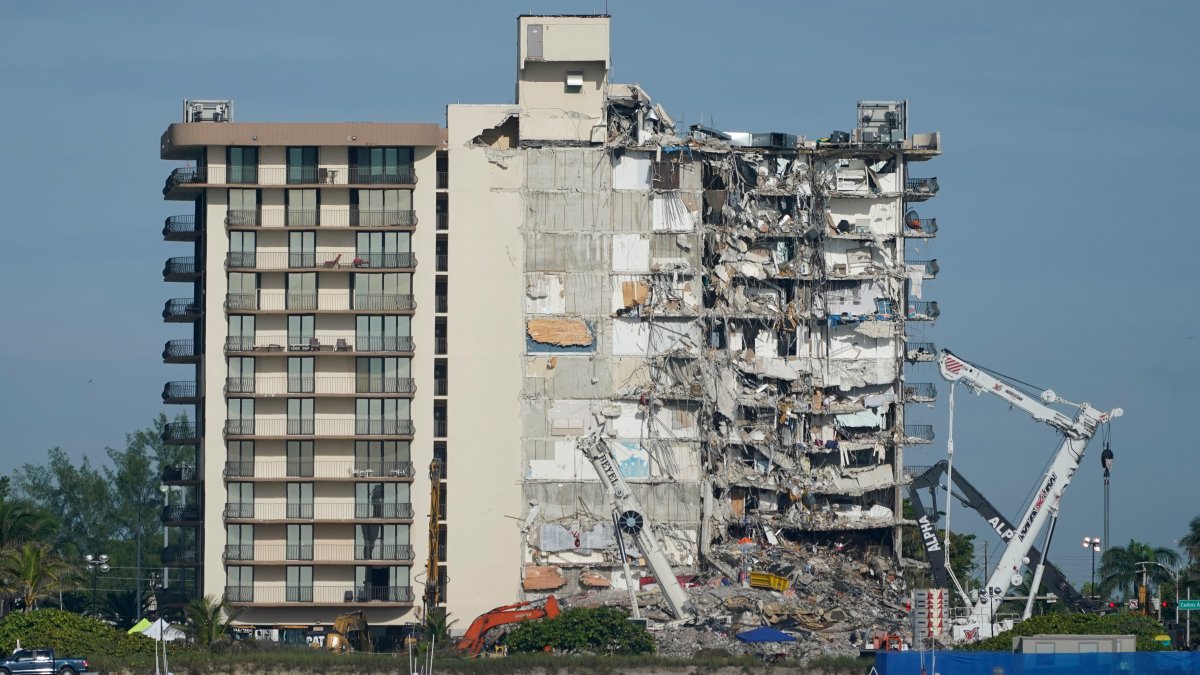 Florida would require statewide recertification of condominiums over three stories tall under a bill sent Wednesday to Republican Gov. Ron DeSantis by lawmakers, their legislation a response to the Surfside building collapse that killed 98 people.

The House unanimously passed the bill during a special session originally called to address skyrocketing property insurance rates. The condominium safety bill was added to the agenda Tuesday after an agreement was reached between the House and Senate.

Recertification would be required after 30 years, or 25 years if the building is within 3 miles of the coast, and every 10 years thereafter. The Champlain Towers South was 40 years old and was going through the 40-year-recertification process required by Miami-Dade County when it collapsed last June.

At the time, Miami-Dade and Broward counties were the only two of the state’s 67 that had condominium recertification programs.

“We have actually made positive change knowing that condominiums will be safer moving forward,” said Republican Rep. Daniel Perez.

Similar legislation failed during the regular session that ended in March.

The condominium measure was attached to a bill that would forbid insurers from automatically denying coverage because of a roof’s age if the roof is less than 15 years old. Homeowners with roofs 15 years or older would be allowed to get an inspection before insurers deny them coverage.

While some Democratic lawmakers complained that the special session on insurance didn’t go far enough to help relieve homeowners, they did praise the addition of the condominium safety legislation.

“This bill makes this trip worth it, at least for me,” said Democratic Rep. Michael Grieco, whose district borders Surfside. “I know folks who lost people in that building.”

He recalled the first day families were allowed to go to the site of the collapse.

“To hear the folks screaming into the rubble,” He said. “They were screaming to people who might still be alive. I’ll never forget that sound.”