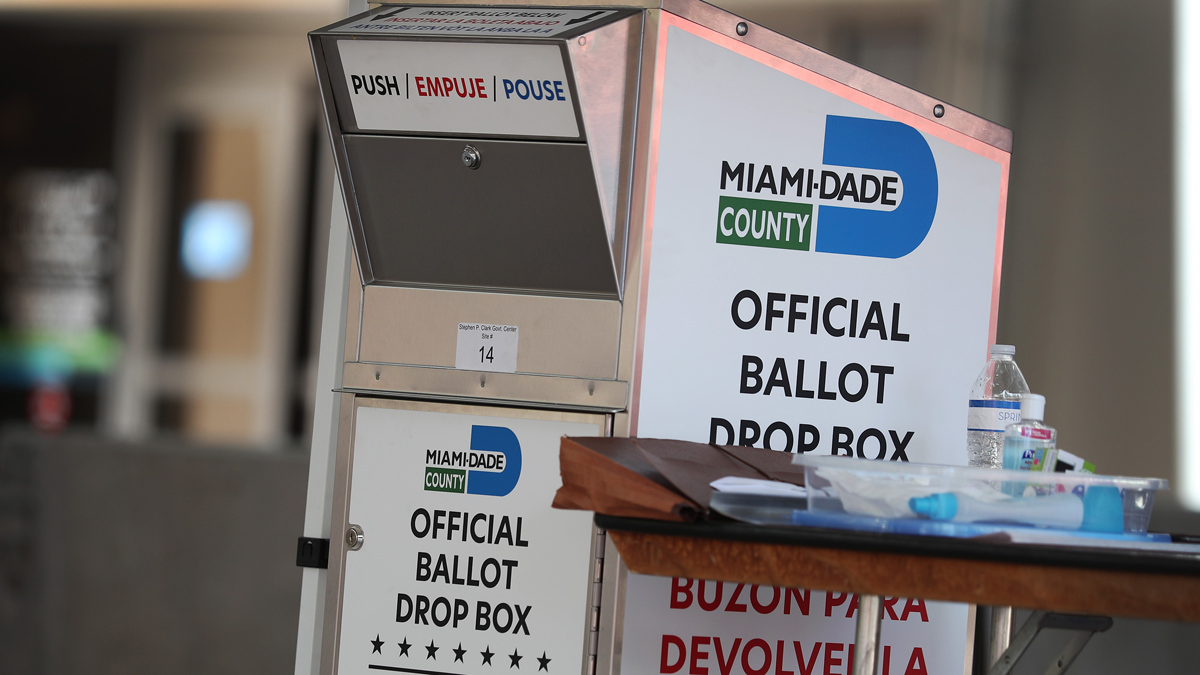 Voting has already begin in Florida, whose 29 electoral college votes will be critical in the presidential election.

The Department of State reported Saturday that more than 6,600 vote-by-mail ballots have already been returned and more than 5 million others have been requested. That could put Florida on a pace to double the number of people who voted by mail in the 2016 presidential election.

Voters have until Oct. 24 to request a vote-by-mail ballot.

Overall, Florida has more than 14 million voters, including more than 5.2 million Democrats and more than 5 million Republicans. The deadline to register to vote in the November election is Oct. 5. In-person early voting begins Oct. 19 in some counties and statewide on Oct. 24.

President Donald Trump carried Florida four years ago by a thin margin, beating Hillary Clinton by 1.2 percentage points and earning only 49% of the vote. Polls this year show a tight race in Florida between Trump and former Vice President Joe Biden.

While Republicans dominate state government, Florida is known for its close elections, no more so than when George W. Bush beat former Vice President Al Gore by 537 votes in 2000. The presidency was undecided for five weeks until the U.S. Supreme Court halted a recount.

In 2018, Florida conducted recounts for three statewide races: governor, U.S. Senate and agriculture commissioner, and in 2012 President Barack Obama carried Florida over Mitt Romney by less than a percentage point.

This version corrects that Obama carried Florida over Romney in 2012.