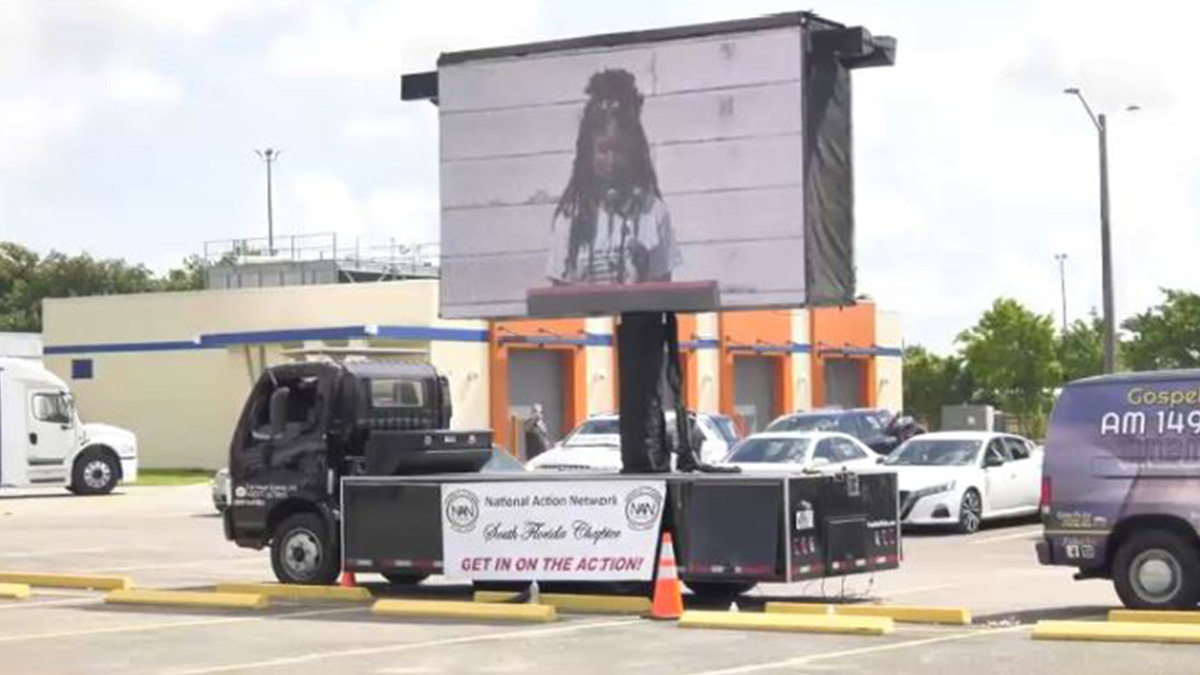 South
Floridians gathered at Florida Memorial University to commemorate the 1963
March on Washington for Jobs and Freedom.

At the event, hosted by the National Action Network of South Florida and WMBM Media Group, people watched the Commitment March in Washington D.C. while remaining socially distant.

Friday’s march in Washington D.C. marked 57 years since the March on Washington for Jobs and Freedom, where Rev. Dr. Martin Luther King Jr. delivered his “I have a dream” speech.

Speakers at the event called for police reform and the mobilization of voters ahead of November’s election. The theme of the march was “Get Your Knee Off Our Necks.”

“Due
to the pandemic, I wish i could be in Washington but we are here. And so i
wanted to show support and unison and also it starts from very young,” Lucas
said.

Lucas
hopes today’s event will put a focus on the importance of voting in November.

“Dreaming
is just dreaming,” Lucas said. “Now it is time for reality and whatever we need
to do we need to take action and this is a very critical time in the year.”

Other onlookers agreed with this sentiment.

“Your
voting is important starting from the community,” Miranda Albury said. Other events hosted by the National Action Network
tool place simultaneously across the country for those who could not make it to
Washington D.C. due to the Pandemic.