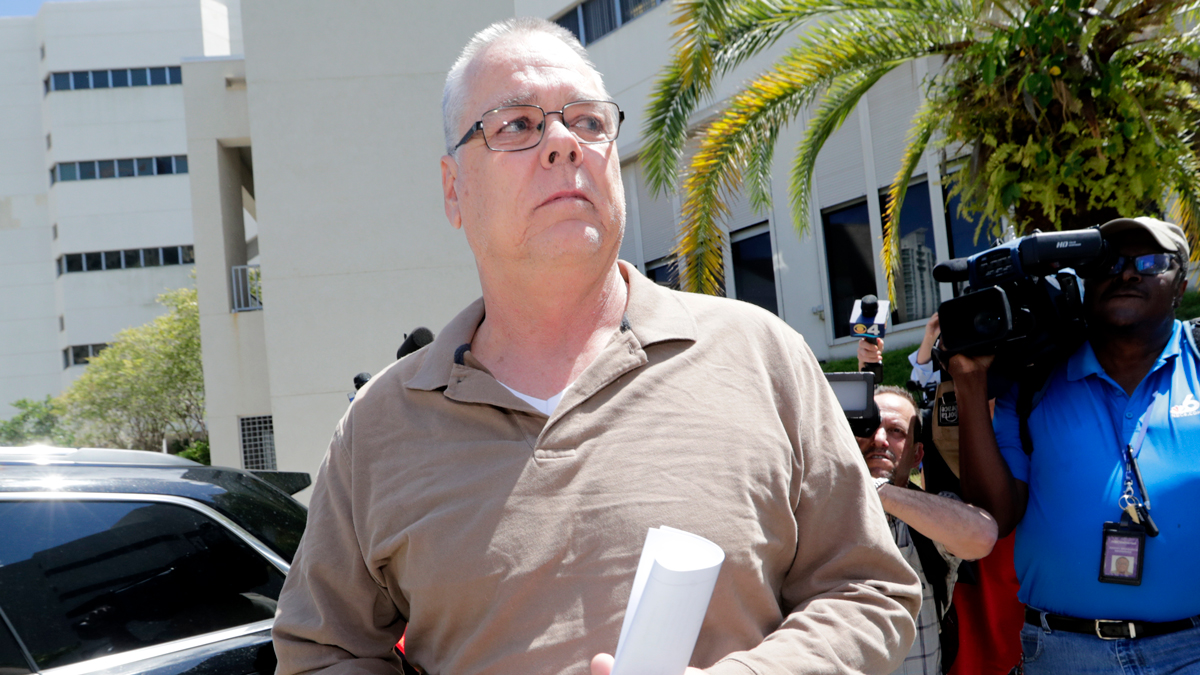 The former Broward Sheriff’s Office deputy at the scene of the deadly 2018 school shooting in Parkland will be speaking with the media Wednesday.

Scot Peterson will hold a news conference at his attorney’s Fort Lauderdale office where he is expected to respond to a recent deposition of former BSO Sheriff Scott Israel.

In that deposition, conducted by Peterson’s attorney Mark Eiglarsh, Israel said that the deputy didn’t know “precisely where the shooter was during the shooting” and Peterson followed the department’s active shooter policy by initially taking cover.

“Peterson…was never provided any real time intelligence from BSO dispatch of the location of the shooter and/or that anyone was being shot,” Eiglarsh said in a press release. “These newly released remarks are a drastic change from what Israel selectively announced to the world during a press conference on February 22, 2018.”

In August, Peterson was in a Broward County courtroom asking a judge to dismiss charges against him stemming from the shooting that killed 17 students and staff.

The defense team for Peterson argued he was not a caregiver to the students under a Florida statue.

On the day of the shooting, Peterson took cover while the gunman – Nikolas Cruz – fired 140 rounds from an AR-15 rifle inside the building shooting students, an investigation found. 17 people died as a result of the shooting.

“I didn’t do anything there to try to hurt any child there on the scene,” Peterson said. “I did the best that I could with the information. I did the best … I’ll never forget that day. You know, not only kids died, I have friends that died. And never for a second would I sit there and allow anyone to die, knowing that animal was in that building! Never!”

Peterson retired shortly after the shooting and was later fired. He faces 11 counts, including child neglect, culpable negligence and perjury. If convicted, he faces a potential maximum prison sentence of nearly 100 years.

A lawsuit filed by the parents of Meadow Pollack, one of the students killed in the tragedy, was upheld by an appeals court in 2019 against Peterson after his lawyers argued it should be dismissed because of a law aimed to shield government employees from personal liability.

The panel upheld the previous ruling from a Broward judge citing that the law has an exemption for when employees “act in bad faith or with malicious purpose.”