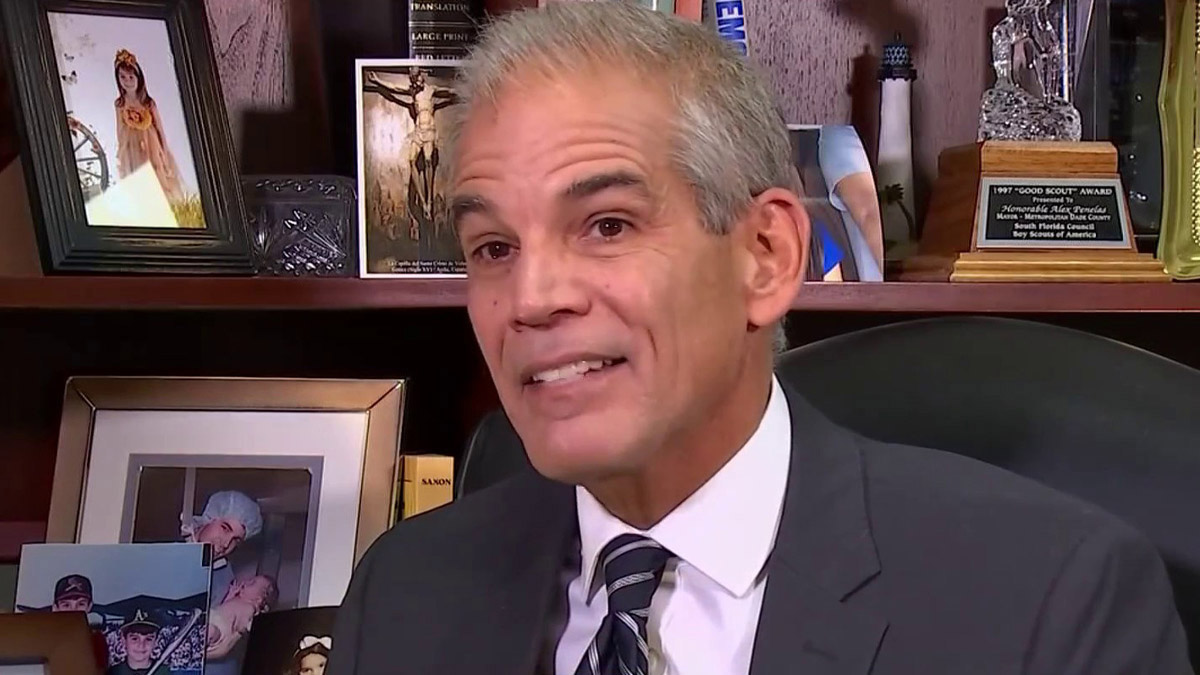 Miami-Dade County will soon have a change at the top, and a
former mayor wants his old job back.

Miami native Alex Penelas is running to be the county’s next top elected official after spending more than a decade out of government.

“Having experienced the private sector, I think it is taught me some lessons that will allow the second go-around to be even better,” Penelas said.

He is a veteran of South Florida politics, serving as Miami-Dade County Mayor from 1996 to 2004.

Before that, he was a Miami-Dade County Commissioner, and also a Hialeah City Council member.

On a recent virtual news conference, he said his focus was on advancements in the county’s Black communities.

“Homeownership among minority and Black communities is much
lower, we still have a huge income disparity among Black families in this
community and then there’s gun violence,” said Penelas.

On the call supporting him was veteran commissioner Barbara
Jordan.

“Who else will ask the question, or even admit, that the problem exists in terms of systemic racism,” she said. “Has anyone else asked?”

If elected, Penelas promises to create opportunities for Black-owned businesses. Also, improve wifi in Black communities and work on expanding access to healthcare In Black neighborhoods.

Some knock Penelas on issues from his political past, saying he misled voters on a 1/2 cent transportation tax, and redirected millions of dollars earmarked for affordable housing.

He defends his actions as mayor.

“I am the author of the The Ethics Commission, we fully implemented the Inspector General, I passed a cone of silence ordinance and appointed an anti-corruption czar,” he said.

Five other candidates are in the race and some also have familiar names and are veterans of Miami-Dade politics.

One candidate must receive a majority to win, 50% plus one vote. If not, the top two vote getters go to a runoff in November.