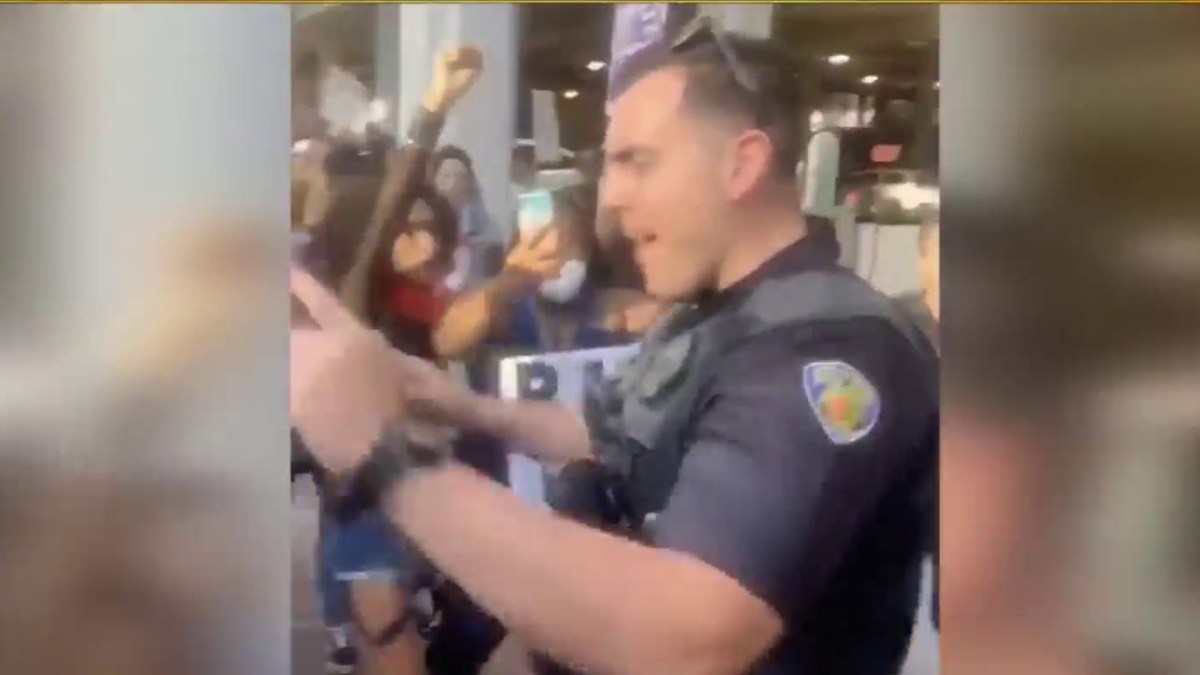 A Fort Lauderdale police officer who was suspended for pushing a kneeling protester to the ground last month has been charged, prosecutors announced Tuesday.

The Broward State Attorney’s Office announced Steven Pohorence, 29, faces a first-degree misdemeanor battery charge for “intentionally touching or striking” a 19-year-old woman by “pushing (the victim) to the ground,” according to court records.

The charge is a misdemeanor punishable by up to a year in jail. Satz said in a news release that the decision on whether to seek a misdemeanor or felony charge was based on the extent of the injuries suffered by the woman, identified as Jada Servance in court documents.

A video taken at a Black Lives Matter protest on May 31 shows Pohorence yelling and approaching protesters, ordering them to get back. The demonstrators then surround the officer and kneel with their hands up, before Pohorence shoves a kneeling woman to the ground.

Pohorence was previously suspended by the Fort Lauderdale police chief.

It wasn’t immediately clear Tuesday if Pohorence has a lawyer to speak for him. The union representing Fort Lauderdale officers has declined comment. An initial court date has not yet been set.

According to personnel files obtained by NBC 6, Pohorence has had over 70 reports of use of force – many involving pulling a gun, but none led to any findings that he violated department policy.