Fort Lauderdale city commissioners unanimously approved a proposal to transform the site of Lockhart Stadium into a new training facility and stadium for a Major League Soccer team partially owned by David Beckham.

It was approved Tuesday night, 5-0.

Inter Miami plans to invest up to $60 million to construct a new, state-of-the-art, 18,000-seat stadium with facilities that will also host the group’s minor league teams as well as the first seasons for the MLS franchise.

Demolition began in early May.

City of Fort Lauderdale has approved the agreement to build the IMCF Training Facility and Stadium at old Lockhart Site. Proud to collaborate with the @FTLCityNews to create an amazing destination for our fans and community to enjoy. 2020, here we come! #freedomtodreampic.twitter.com/7cY5Kdru34

The current Lockhart Stadium opened in 1959 and was the home of more than a half-dozen soccer teams, including the North American Soccer League’s Fort Lauderdale Strikers from 1977-83 and MLS’s Miami Fusion

Inter Miami plans to start signing players this summer and select its first coach later this year before it will begin play in March 2020.

The group is still trying to negotiate a stadium deal on a site near Miami International Airport to play its home games longterm. 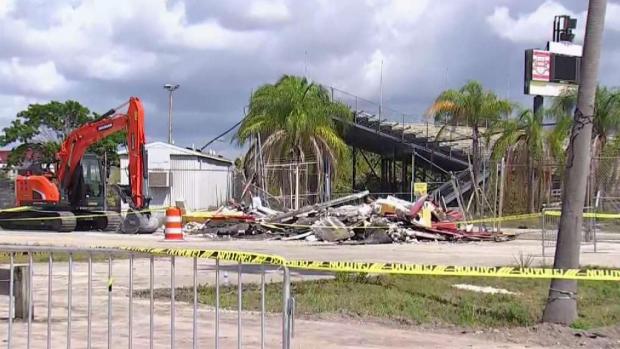