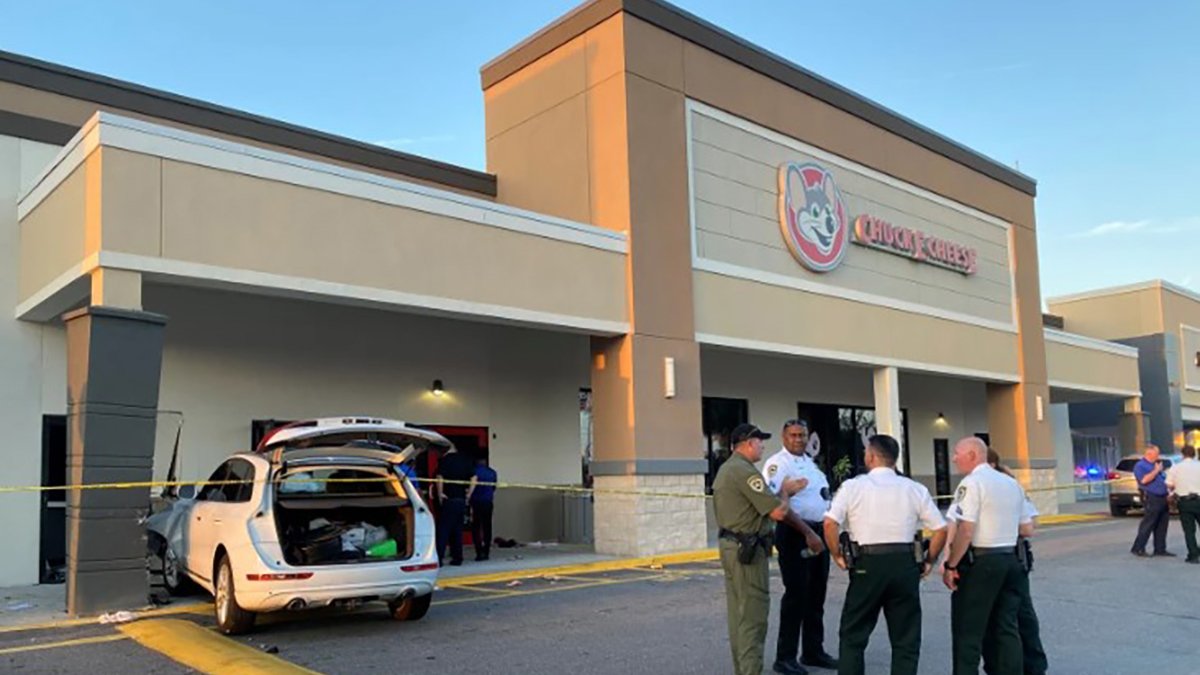 Four people were taken into custody Saturday following in an incident at a Chuck E. Cheese near Tampa that led to shots being fired and a car crashing into the business.

The incident took place just after 5 p.m. in Brandon, when Hillsborough County Sheriff’s Office deputies responded to an altercation inside the business, NBC affiliate WFLA-TV reported.

Deputies said a security guard tried to move the group outside when one woman pulled out a gun. The guard tried to get the gun from her, but it dropped on the ground.

A second woman picked up the gun and fired a shot before losing control of it. A third woman picked it up and placed the gun in a car, according to deputies.

All three women were taken into custody along with a man who was involved in the initial altercation.

“We want to assure our guests that we take great measures to protect the experience children and families have in our venues. The safety of our guests and employees is our number one priority,” Chuck E. Cheese said in a statement.

HSCO reports a white Audi crashed into the building while the group was fighting. Two women and a child who were inside the car were taken to the hospital with non life-threatening injuries. A man was also taken to the hospital from the scene, but police did not say what his involvement was.