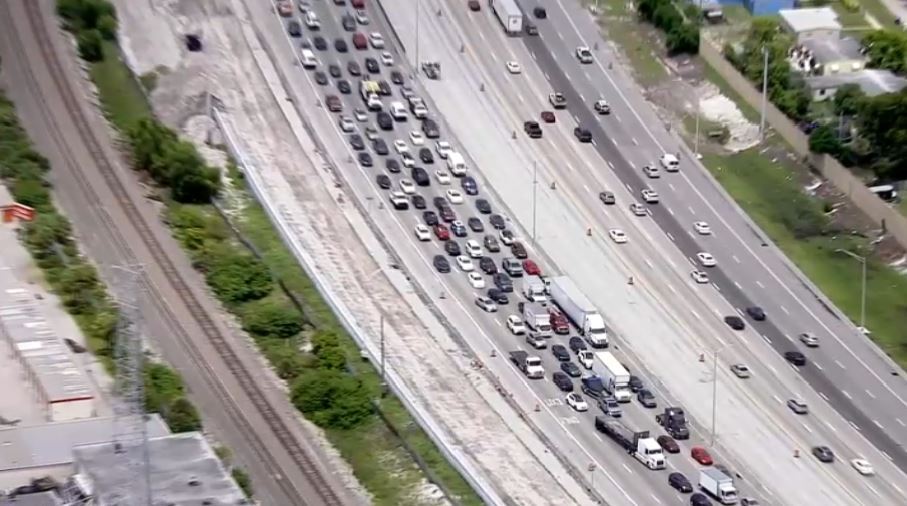 According to Florida Highway Patrol, the right four southbound lanes of Interstate 95, near Sunrise Boulevard, have been blocked off due to metal debris.

Chopper 6 was over the incident. Cars were backed up for miles as officers directed traffic into two lanes.

How the debris got onto the roadway has not been released.