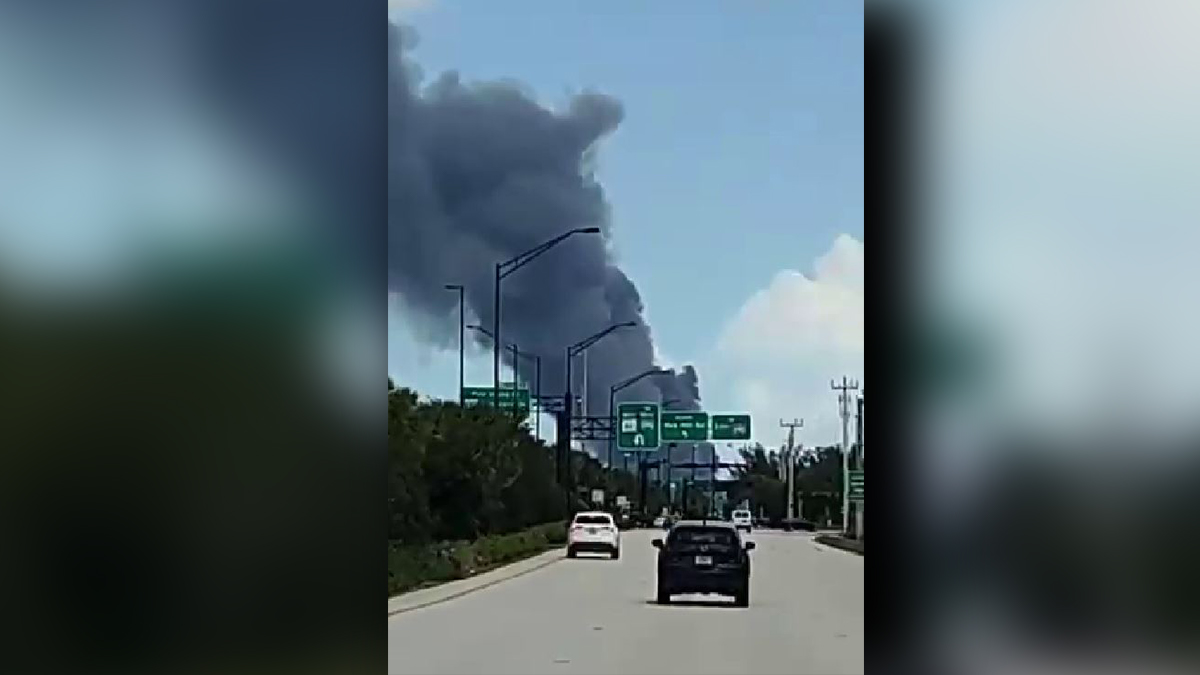 A fuel tanker incident in Davie along I-595 left the driver dead Sunday. The driver was confirmed dead on the scene and the accident is under investigation.

According to police the fuel tanker went off an interchange ramp, over the wall and exploded Sunday and left eastbound lanes at I-595 and Davie Blvd closed. The southbound entrance to I-595 from the Turnpike closed temporarily as well.

Video caught by a driver shows a huge plume of smoke in the air.

The driver of the fuel tanker lost control and caught on fire due to a fuel spill, according the Florida Highway Patrol.

At the time it is unknown if any other vehicles were involved as well as what the tanker was carrying at the time of the incident.