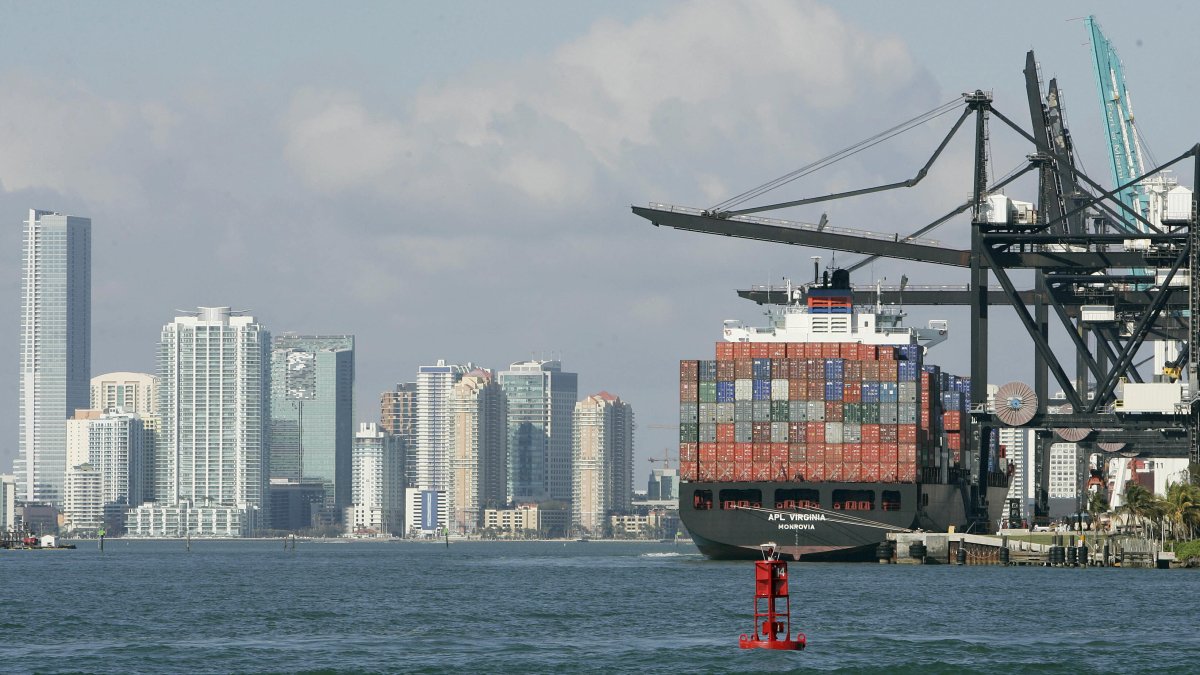 On Thursday, the Biden Administration announced 166 new federal grants for transportation projects, and South Florida made it on the list.

The federal grants come from the bipartisan infrastructure law that was signed last year.

The grant program is called Rebuilding American Infrastructure with Sustainability and Equity — or RAISE for short — and it covers $2.2 billion across all 50 states. Half the money goes to rural areas, and half goes to urban areas.

One of those urban areas is Miami-Dade County, which is being awarded $16 million to PortMiami, a cruise and cargo port, to expand rail capacity, add new cranes, and reconstruct the stormwater drainage system.

The U.S Transportation Department says this PortMiami project will help alleviate the ongoing supply chain crisis and that the rail expansion from truck to rail will help the environment.

“The RAISE grant will help us attract more business to PortMiami and fuel our NetZero program, which is pushing Miami-Dade towards a cleaner, greener future,” said Miami-Dade County Mayor Daniella Levine Cava, in a statement to the Business Journal.

Another project in South Florida is to complete a final design and construct new safety measures along the 195-mile-long FEC tracks that crosses South Florida.

The Florida Department of Transportation was awarded $24 million to use in targeted areas that are used by freight trains as well as passenger trains like Brightline.

Some of these improvements will include fencing, new signs, pavement markings, landscaping, and other railway upgrades.

The Department says these upgrades will reduce car crashes and trespassing on the dangerous railways. It estimates the new technology will reduce more than 140 crashes over the next 20 years, according to the press release.