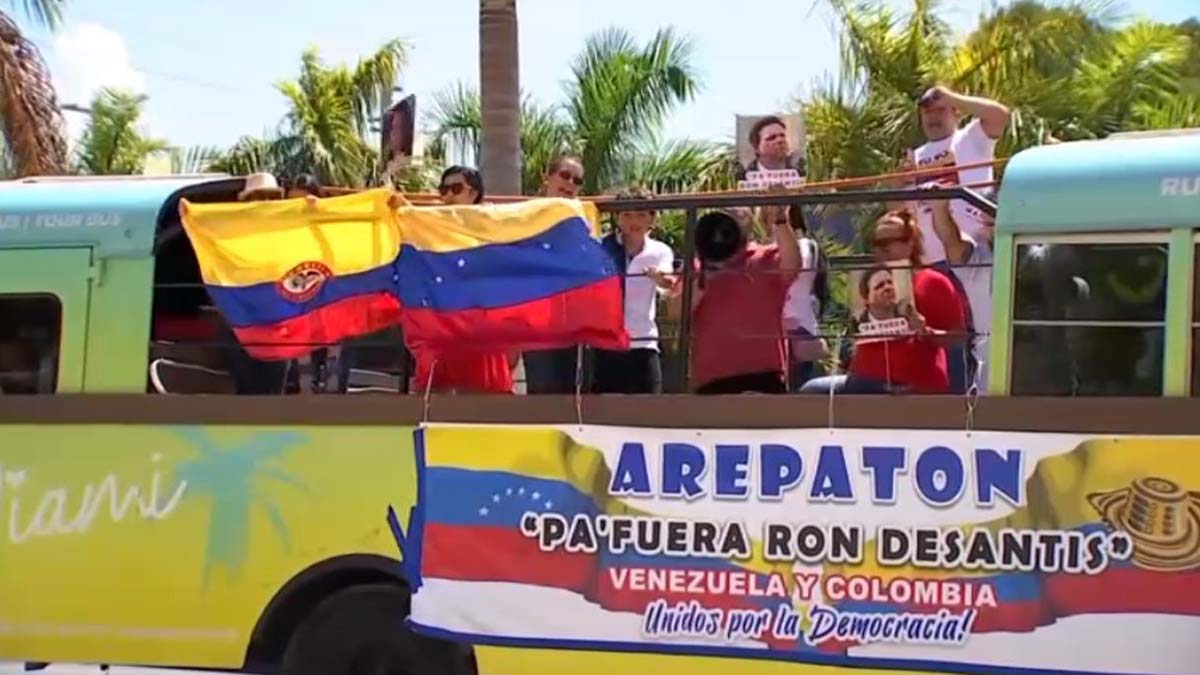 The political battle over Florida Gov. Ron DeSantis moving migrants from state to state continued Sunday with a demonstration in Miami.

The Venezuelan-American Caucus called on DeSantis to reverse course on sending immigrants to other states.

“I demand him as a Venezuelan American citizen and a Florida resident to stop immediately using immigrants as props for his political stunts. We are human beings and have rights,” an organizer said.

They’re angered after the Republican governor sent two planes filled with undocumented immigrants to Martha’s Vineyard as part of a relocation program.

“It is disgraceful and despiteful that Ron DeSantis, the governor of Florida, which is a state that is built by immigrants, a state that without immigrants wouldn’t be what it is,” another organizer said.

Colombians and Venezuelans united to tell the community to vote DeSantis out of office in November.

People who participated in the event said immigrants should not be used as political pawns, especially those who escape a cruel dictatorship he has spoken out against.

DeSantis has said the migrants volunteered and said the goal was to send them to a sanctuary city.

“If you believe in open borders, then it’s the sanctuary jurisdictions that should have to bear the brunt of the open borders,” DeSantis said at a news conference after the flights.

At least a few of the 48 migrants have filed a lawsuit against DeSantis, claiming he engaged in a “fraudulent and discriminatory scheme” to relocate them.