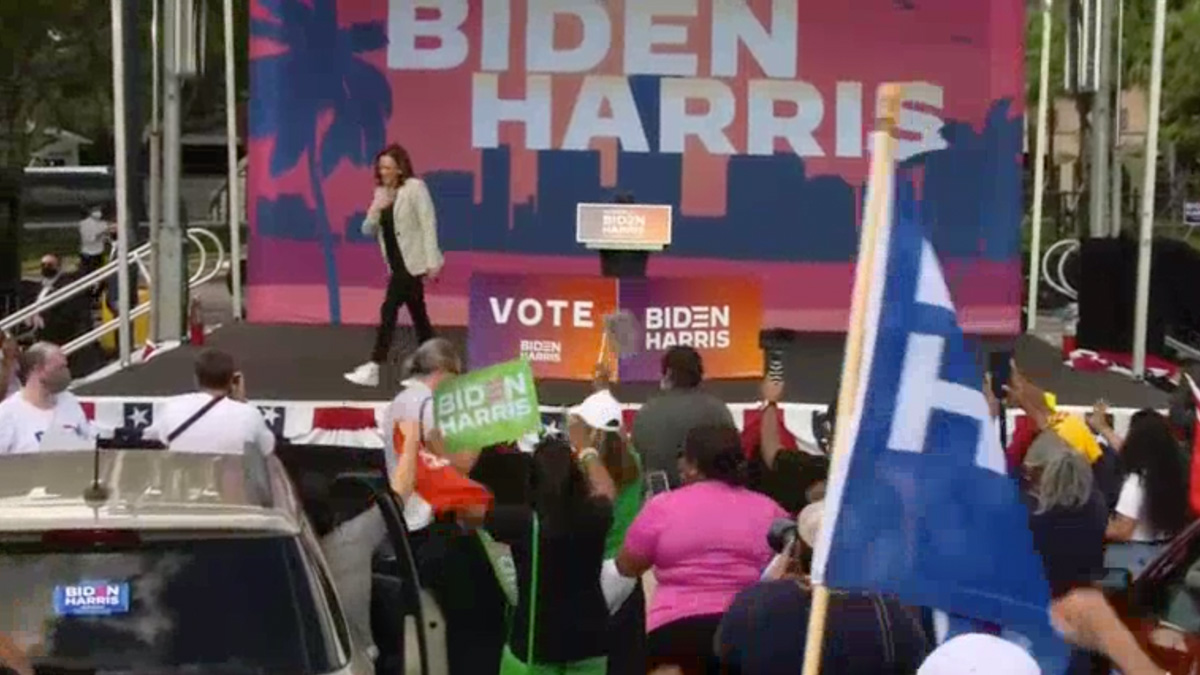 Kamala Harris will be in South Florida during the last weekend of early voting, holding several campaign events across the area to mobilize supporters for her and Democratic presidential candidate Joe Biden.

On Saturday, Harris is expected to spend the morning at a drive-in rally in Miami, after which she is scheduled to host an early voting event in Fort Lauderdale to encourage turnout at the polls.

In the evening, Harris has an event planned in Lake Worth, also focused on voter engagement.

Early voting in Florida ends when the polls close on Sunday evening (in Miami-Dade, Broward and Palm Beach counties, voting centers close at 7 p.m.; in Monroe, they close at 5 p.m.).

Donald Trump and Barack Obama are also expected to make last-minute appearances in Florida ahead of Tuesday’s elections, with Trump hosting a rally Sunday evening in Opa-Locka and Obama planning to stop in South Florida on Monday.