A Hialeah woman is facing charges after police say she fatally stabbed another woman in the back, a woman who neighbors said was her own grandmother.

Tabitha Nicole Torres, 29, was arrested Monday on a first-degree murder charge in the stabbing that happened at a home in the 3800 block of W. 3rd Court, an arrest report said.

According to the report, Torres got into an argument with a man and began accusing him of raping her daughter before she walked away from him.

Prosecutors said Torres started thinking of ways she could get revenge on the man, and decided to stab his mother. Torres then went into the kitchen where the woman was washing dishes, grabbed a knife and stabbed her multiple times in the back, prosecutors said. 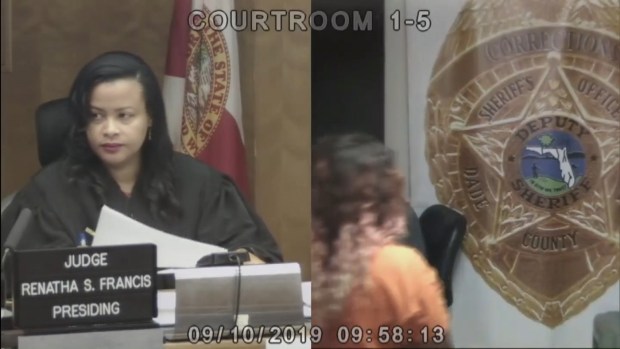 A short time later the woman ran into the man’s room and collapsed in his arms, the report said. The man called 911 but the woman died.

Police haven’t released the victim’s name, or said what the relationship was between Torres and the man.

Neighbors said the victim was Torres’ own grandmother.

Torres was booked into jail and appeared in court Tuesday, where she was ordered held without bond. Attorney information wasn’t available.