A South Florida nursing facility that evacuated its patients after it lost power after Hurricane Irma was not on Broward county’s top priority list for power restoration, Florida Power & Light said.

Eight patients at the Rehabilitation Center at Hollywood Hills died Wednesday and investigators said they believe the deaths were heat-related.

The facility’s air conditioning system stopped working after a transformer had “prolonged power failure,” an administrator for the nursing home told NBC 6.

FPL said after meeting with Broward officials back in March, the center was not identified as a top critical facility that requited priority power restoration. 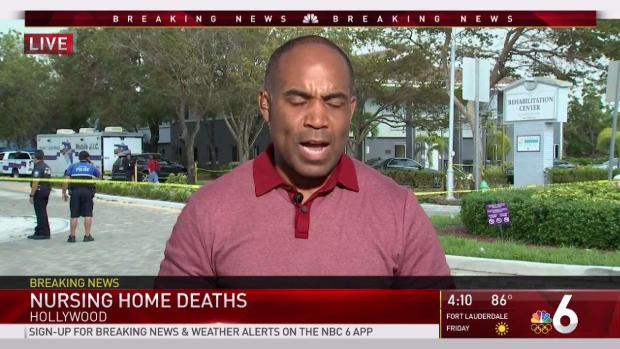 “While this nursing home was given a level of priority, in working with county officials, other critical facilities, such as hospitals and 911 centers, were identified as higher priorities,” the utility company said in a statement.

The power company works in areas with the largest number of customers first. Those areas include transmission lines, power plants and substations.

Five women and three men, ranging from ages 71 to 99 died. More than 100 patients were taken to Memorial Regional Hospital and treated for respiratory distress and heat-related issues, including dehydration.

Gov. Rick Scott also announced that the Florida Department of Children and Families and the Agency for Health Care Administration have begun an investigation.