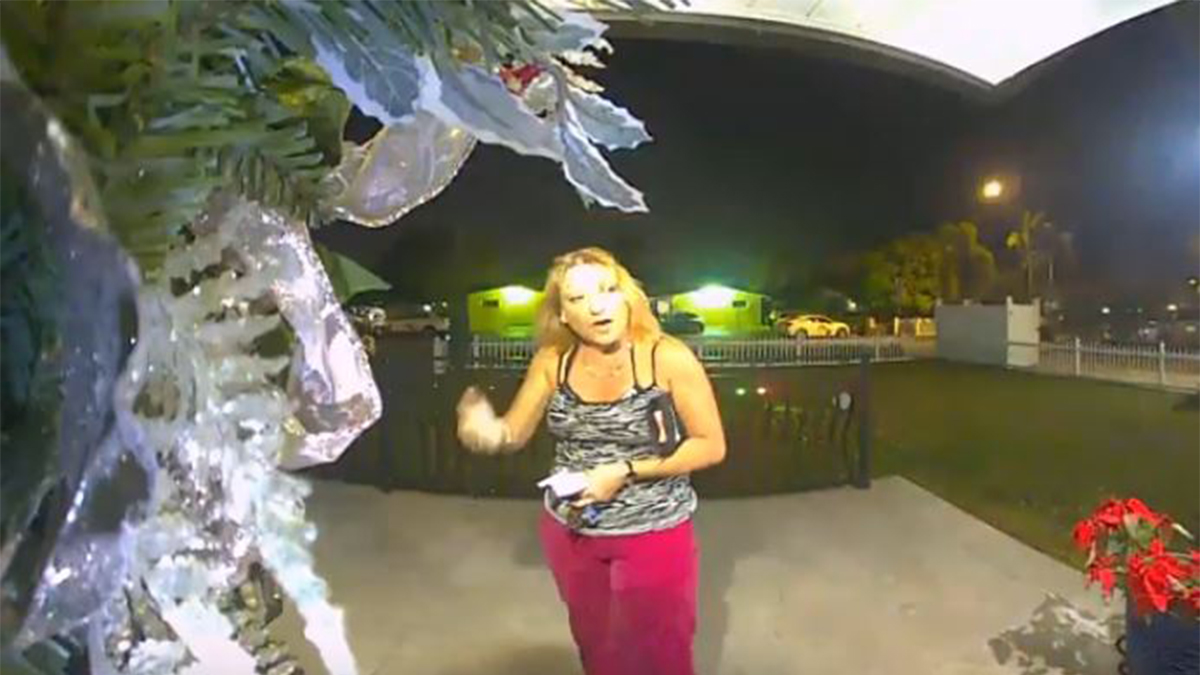 The Hollywood Police Department is asking for the public’s help in identifying a female suspect who committed an armed burglary and aggravated assault at a Hollywood home Tuesday.

Around 2:30 a.m. Tuesday, officers responded to a report of an armed woman attempting to break into a residence in the 2200 block of Monroe Street.

According to the police, residents of the home were awakened by the noise of the suspect banging on their doors and windows. When one of the residents stepped outside, the suspect pointed her firearm at him.

The victim retreated back to the home and called the police.

By the time they arrived, the suspect had fled the area. Footage from a Ring doorbell revealed her to be white, between 40 and 50 years of age, and a little over five feet tall with blonde hair.

Detectives are asking that anyone with any information on the suspect call the Hollywood Police Department at 954-764-4357 or 954-967-4411. Tipsters can also email or text hollywoodpdtips@hollywoodfl.org.