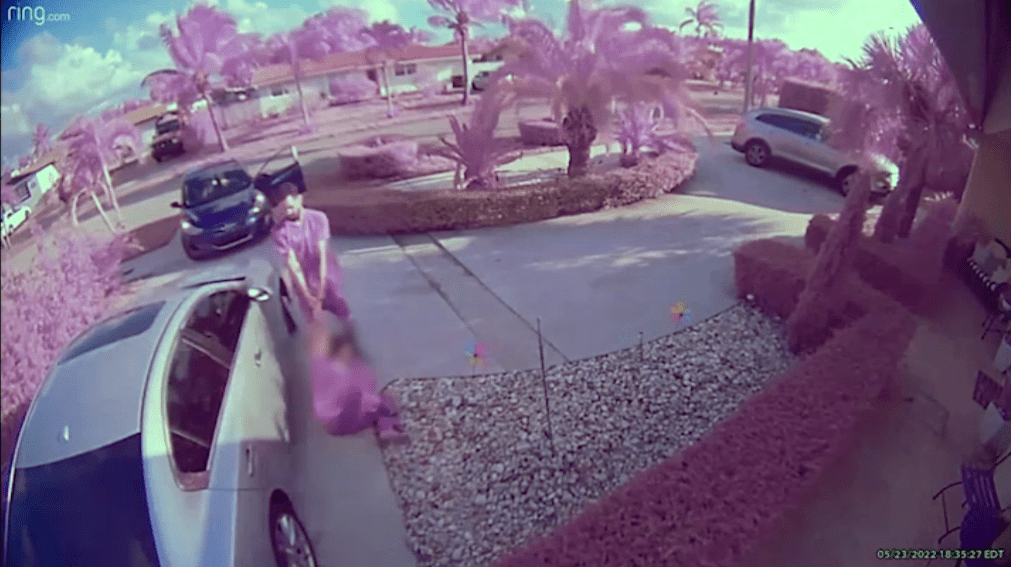 Home security video outside of a Hialeah home captured an argument gone too far.

The incident happened Monday evening and began when the suspect and victim argued over money issues, according to Hialeah Police.

In the video, a man is heard slapping a woman on camera, then he’s seen grabbing her by the hair.

Another camera shows the man forcing the woman onto the ground, dragging her, then shoving her in the driver’s seat before taking off with the victim against her will.

The attack and abduction started in the street and happened to end up in the driveway of Monica Perez, the vice president of the Hialeah City Council.

“Last night I was home and I heard some screaming from inside my house,” Perez said. “And when I pulled up my camera from the Ring app, I witnessed a vehicle driving off with the door open and someone struggling.”

Perez called the police, who later tracked down the car, the driver and the victim.

“This touches very close to my heart because I have two students whose mothers have been killed through domestic violence dispute,” Perez said.

Frank Guanche, 24, was arrested and charged with kidnapping, aggravated stalking, false imprisonment and battery. He appeared in bond court Tuesday, where a judge denied him bond.

His relationship with the victim is unknown.