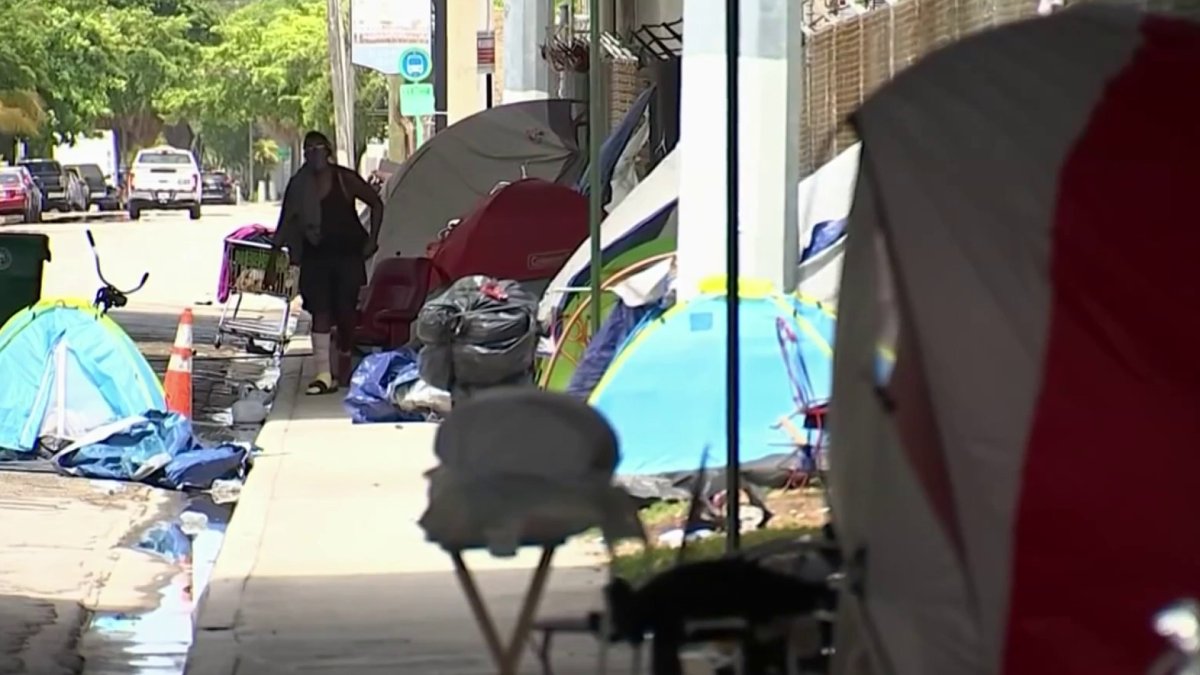 After the city of Miami pushed pause on its plan to build a homeless camp at a park in Virginia Key, the county’s homeless trust says it has a better plan.

The Miami-Dade County Homeless Trust says its proposed plan could get 400-550 people off the street in 18 months.

“That’s part of the problem in our community — the lack of affordability,” said Ron Book, the chair of the Miami-Dade County Homeless Trust. “If middle-class America cannot afford it, if working America can’t afford it, how do you expect people that are formally homeless to be able to afford it?”

The trust is suggesting a housing-first model, meaning multi-family homes with case managers and services for the population living there.

“If you pick an incompatible location, you start with an issue,” Book said. “That was the problem with a Virginia Key site. It was flawed.“

Book says the trust has locations selected, but he did not want to share until they are purchased.

He did say they would use existing buildings. The Homeless Trust says its plan would allow people to move in in the next year and a half, which would have a much bigger impact than the 50-100 homes proposed for Virginia Key.

“There is a pathway to end homeless in our community, but it’s going to take some additional capital funding to allow us to get there, but we have a plan,” Book said.

That estimated price tag is about $45 million. Where that money would come from is still being figured out. First, the city commissioners and the mayor would have to get on board, and then it would have to be approved by a vote.

NBC 6 reached out to the city for comment on this proposal and has yet to hear back.